Sadie Robertson Announces She Is Moving Away From Home

By Jennifer Pernicano on September 27, 2016
Advertisement 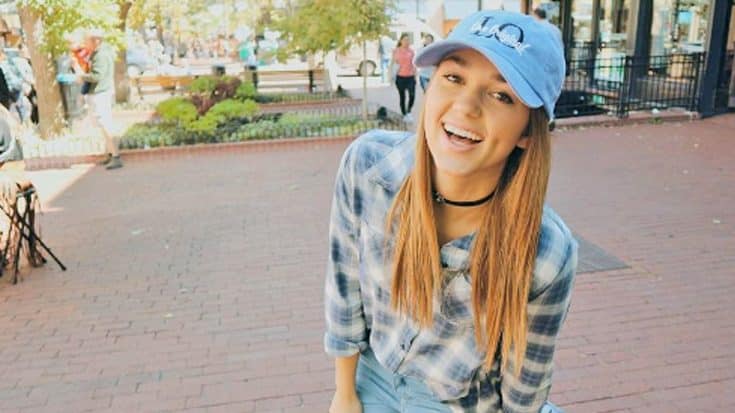 After many months of dodging the subject, Sadie Robertson is finally letting the world know what her plans are for the future

The recent high school graduate and her cousin, Cole, were the only students in their class to not start college right away.

According to a blog post from Sadie’s aunt, Missy, she and Cole decided to “suspend their education in order to try to influence as many young people across the nation to be original in this world and live as God intended us to live – holy and pleasing to Him.“

The tour began on September 22 and wraps up on October 16 in Nashville, Tennessee.

Her plans after the Live Original Tour have not been revealed – until now.

She sat down with PEOPLE while she was in New York doing press for the tour, and participated in their segment “One Last Thing”, where celebrities talk about the last things that happened to them.

Sadie was asked what was the last television show she binge watched and made a huge announcement while she was at it.

“The last show I binge watched was Nashville. I’m so obsessed with Deacon and Rayna and I’m so glad it picked back up,” she said. “I’m actually moving to Nashville now because I fell in love with the show so much and it inspired me, so I’m just goin’!”

Looks like Sadie will be staying in Nashville after the tour wraps, but she will still be near family. Her cousin, Reed, currently lives in Music City and is pursuing a career in country music.