By Jennifer Pernicano on November 1, 2016
Advertisement 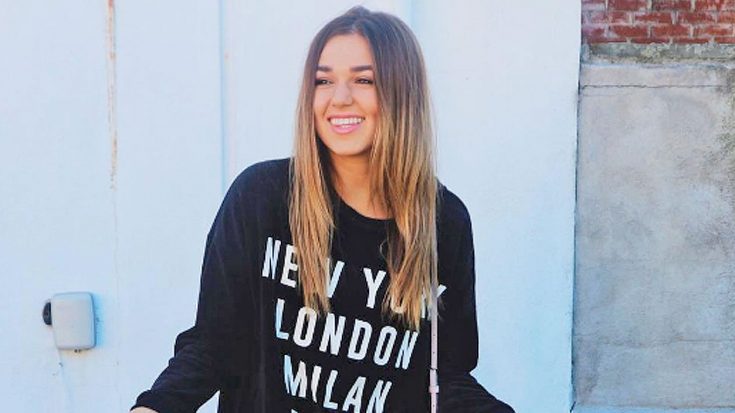 Fresh off her Live Original Tour, Sadie Robertson just revealed that she will be hitting the road – again!

Her tour wrapped on October 22, just one week before her cousin and fellow tourmate, Reed, married longtime girlfriend Brighton Thompson, who was also on tour with the Robertsons.

They traveled to cities including Nashville, New York, Birmingham, Jacksonville, Baton Rouge and many more to spread their message and entertain their thousands of fans with spoken word, music, and dancing.

The tour went so well, there’s already talk about planning a second one next year! The big announcement isn’t another Live Original Tour, but she will be joining the Winter Jam tour for the next few months beginning on November 8 in New Mexico.

the excitement was real last night for the announcement! It gets me stoked just hearing from y'all! Who all is coming out to jam with us ?

Winter Jam is a 4-hour Christian Music concert that tours around the country. There are currently 10 dates scheduled for November on the West Coast. The tour will travel to the East Coast in early 2017. Those cities and dates have yet to be released.

Robertson will be joining Christian musicians including American Idol’s Colton Dixon, Britt Nicole, Crowder, Tenth Avenue North, Thousand Foot Krutch, and Andy Mineo. The show will be hosted by Christian band NewSong and will also feature Tony Nolan as a speaker and a few other acts for the “Pre Jam Party”.

No word as to if Robertson will be singing or speaking, but it is sure to be a great tour! She has previously made appearances at Winter Jam in 2015, but has never been one of the touring acts. Watch her last Winter Jam, where she spoke about anti-bullying.