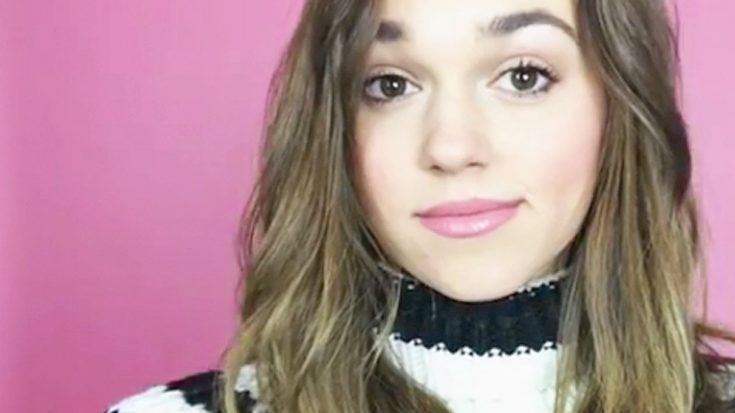 19-year-old Sadie Robertson has pretty much become the social media queen when it comes to the Duck Dynasty empire. She uses it mostly as a way for her to keep in touch with her millions of fans.

Robertson realized that her life is getting pretty hectic, with moving to Nashville, being on tour for 3 months, and having a huge chapter of her life end, so she made a huge decisions that we didn’t see coming.

In an Instagram video, she explained her surprising announcement.

“I just wanted to share with y’all something that has been on my heart lately. So, Winter Jam just ended, Duck Dynasty’s about to end, life is crazy right now and I just kind of feel like I need to take a step away from social media, at least for a few months,” she said. “I just need to get away and just really focus on my life and just invest in my friendships, invest in my family, and invest in my relationship with the Lord.”

Her caption revealed that she plans on making her return to social media on her birthday, which is not until June, so fans will have a Sadie-free Instagram until then.

“I’m gonna keep my eyes off the screen and on the streets, and I just want to let you know I am sad about it and I do love y’all and I love getting to know y’all and staying in touch,” she said. Her team will now be running her account, keeping her fans updated on her clothing lines and what she’s been up to, but it definitely won’t be the same.

She did say that she would love some handwritten letters if people really want to talk to her, which fans can send to the Duck Commander office.

While we will miss seeing Sadie’s posts on social media, we totally respect her decision to unplug and can’t wait until she gets back! Watch her announcement below.