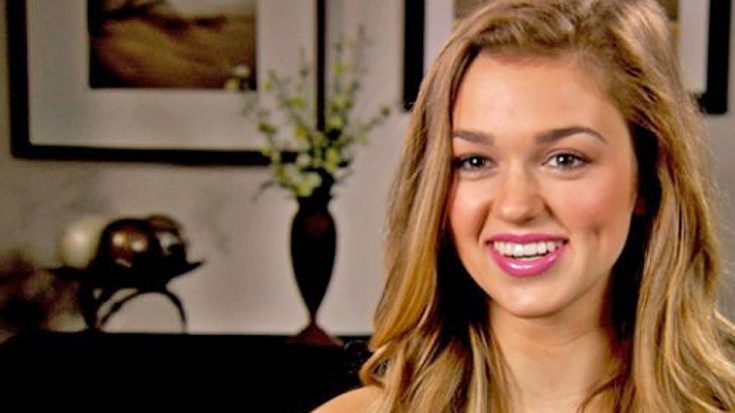 Some people will say that Uncle Si is the breakout star of the A&E reality show Duck Dynasty. We beg to differ.

Sadie Robertson, despite having less screen time than Uncle Si and any of the adults on the show, has become one of the most successful Robertson family members, following endeavors that have taken her all over the country, and the world!

She has appeared on Dancing with the Stars, teamed up with designer Sherri Hill for a line of modest prom dresses, designed a clothing line for the store Rue21 in partnership with Wild Blue Denim, and most recently went on a speaking tour with her family called Live Original Tour. The success from the Live Original Tour inspired the Christian tour Winter Jam to invite her to be a speaker on their multi-city tour, which will put her on the road from January-April.

She also just recently announced that a second Live Original Tour is in the works and in an interview with Tampa Bay Times, spilled the beans about what her future holds.

Since she just recently graduated high school in May, the question on many minds have been where she will going to college. She put her education on hold to tour the country and now, with Winter Jam, her schedule is even more jam-packed than it was before.

While she may not be ready for college yet, Robertson did reveal that she may be taking her education in another direction.

“I just graduated high school in May, and I’ve been touring. So I haven’t started any type of college yet, ” she told Tampa Bay Times. “I’m thinking about some type of seminary school. Ministry is what I really want to do. It is my joy in life.”

She has been spreading the word of God since a very young age, so this direction completely makes sense for Sadie!

Watch her preach when she was just a young girl below.