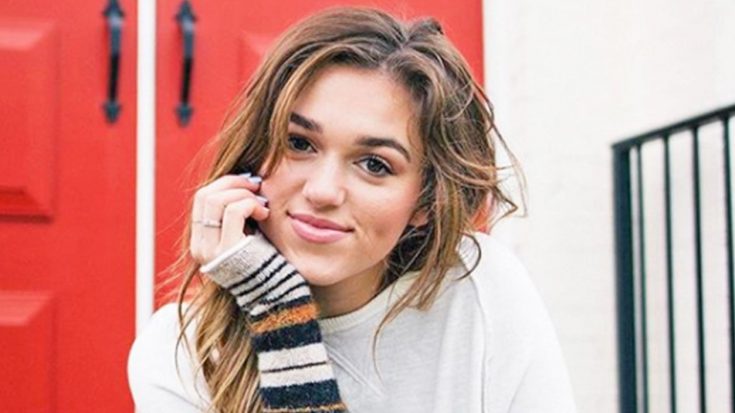 It looks like this Duck Dynasty star is adding to her resume, because she is currently filming a music video with country music star Brett Eldredge. She previously starred in lawson Bates’ music video for “Past The Past.”

Thanks to social media, we know that Sadie Robertson is joining Eldredge for his “The Long Way” music video.

“The Long Way” is the second single from Eldredge’s self-titled album, which was released on August 4. The album also includes the feel-good song “Something I’m Good At.”

The single is an extremely romantic song about a man wanting to know absolutely everything about the woman he is pursuing from her first car, to where her parents met, to every embarrassing story, to her deepest secrets, and everything in between.

We can only imagine what romantic footage we will be seeing when he sings the lyrics,

Taking to his Instagram story, Eldredge gave fans a first look at where they were shooting the video and sang the lyrics, “I’d love to see just where your daddy met your momma,” to which Robertson responded, “They met right here!” while pointing to exact spot where they were filming.

Duck Dynasty fans know that her parents actually met at a Christian Summer Camp, which is still running, so she must be talking about her fictional parents.

While we wait for the music video to drop, take a look at Eldredge performing “The Long Way” below.