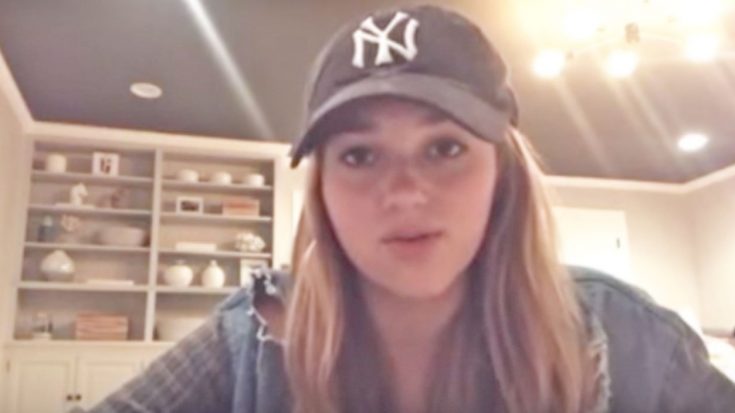 20-year-old Duck Dynasty star Sadie Robertson has taken to her YouTube channel to urge fans to say a prayer for President Donald Trump.

Sadie’s father, Duck Commander CEO Willie Robertson, was one of President Trump’s earliest supporters during his campaign. He even spoke at the Republican National Convention.

Sadie Robertson revealed she was a Trump supporter prior to the election, saying, “I do support Trump. I just really — I didn’t decide right off the bat. My dad was pretty much on the Trump train from the beginning. My mom and I really did a lot of research, and we looked into it, and now that it’s down to two … I think Trump is the best candidate.“

Now, 8 months into his presidency, Sadie is trying to look on the bright side of things with everything going on in the world, especially regarding our president.

Watch her full call for prayer below, and let us know what you think in the comments.