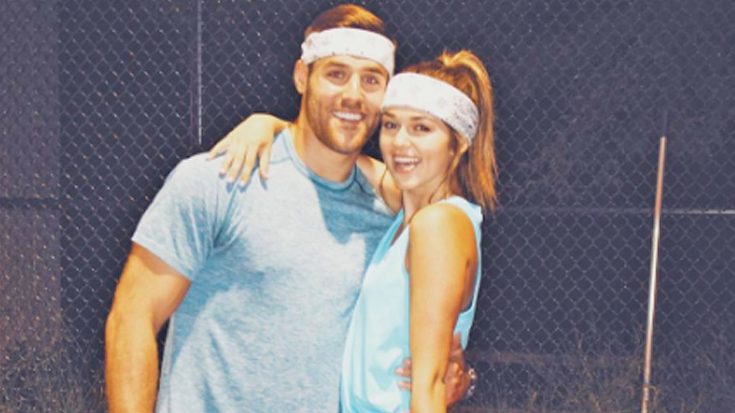 Even though Sadie Robertson and her boyfriend, A&M quarterback Trevor Knight parted ways in the beginning of September after a whirlwind romance beginning back in April, the two have no ill will towards each other.

They have both wished each other the best on their future endeavors and Robertson has said that they have remained friends. She has even said she will be attending his last football game as a Texas A&M Aggie. She and her family are huge LSU Football fans and he will be playing them on Thanksgiving (Thursday, Nov. 24).

While they were still dating, Knight was peppered with questions about his famous girlfriend during media day before the season started and it seems that although they are no longer together, he still gets asked questions about her.

Throughout their relationship, he met her whole family when he attended a family function as her date and has spent a couple weekends in West Monroe, Louisiana with her family.

In a short interview with AggieSports.com, Knight was asked who his favorite Duck Dynasty star was during his time with Sadie, and he was quick to answer!

“I really enjoyed talking to her dad,” Knight said. “Her dad is such an iconic figure, but he’s also just a down-to-earth guy. Everything he says he is he actually is; he’s not putting on a front on TV. He truly is an incredible person and backs up what he says. It was really cool to get to know him and see how he interacts day to day. It’s an incredible family.”

Like we thought, Willie is the real deal! Like the Robertsons, Knight is an outspoken man of God and travels around the country doing speaking engagements. After finishing up his football season at Texas A&M, he plans to try and take his football career to the next level, followed by finishing up his master’s degree.

Watch Robertson confirm their relationship on Entertainment Tonight in August below.