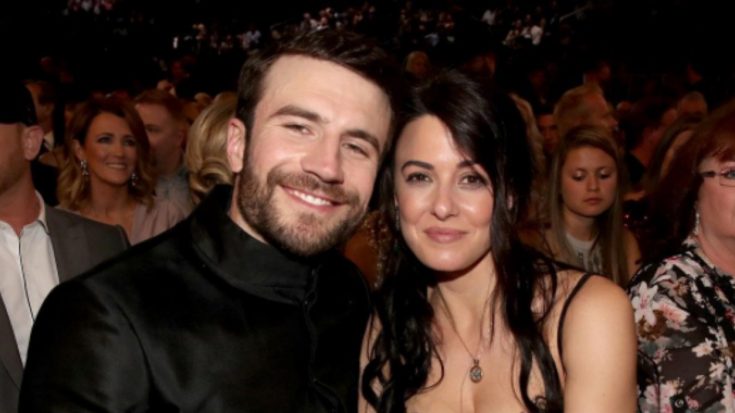 Sam Hunt is officially off the market. The country crooner wed Hannah Lee Fowler in his Georgia hometown on Saturday (April 15), according to TMZ.

The website broke the news late last week that Hunt and Fowler would be marrying in a small, intimate wedding in Cedartown, Georgia. The source also claimed that famed Nashville designer Olia Zavozina was commissioned to dress the groom and his groomsmen as well as a wedding dress for the bride.

In photos posted by TMZ prior to Saturday’s ceremony, the bride can be seen dressed in white with her hair worn in a simple yet stunning side braid. Hannah was all smiles as she made her way to the ceremony with the help of her bridal party.

Hunt and Fowler have dated off and on since 2008 and announced their engagement in January. Hunt’s debut album Montevallo was inspired by Fowler and their breakup before they reunited in the spring of 2016.

The couple made their first red carpet appearance together at the recent ACM Awards where Hunt told media that the spotlight is a big adjustment for Fowler.

“This change of lifestyle happened when the two of us weren’t dating and together, so I’ve been introducing her to my new life a little bit at a time over the last 6 months,” Hunt said. “This is a big leap compared to some of the small steps we have taken so far, so I hope she enjoys it, it’s a radical change for sure, but she is optimistic and I am proud that she is out here with me.”

Watch Sam Hunt sing his latest single, “Body Like a Back Road,” to Hannah Lee at the ACM Awards in the video below.