Scotty McCreery Spills On Why His Girlfriend Wasn’t At ACMs 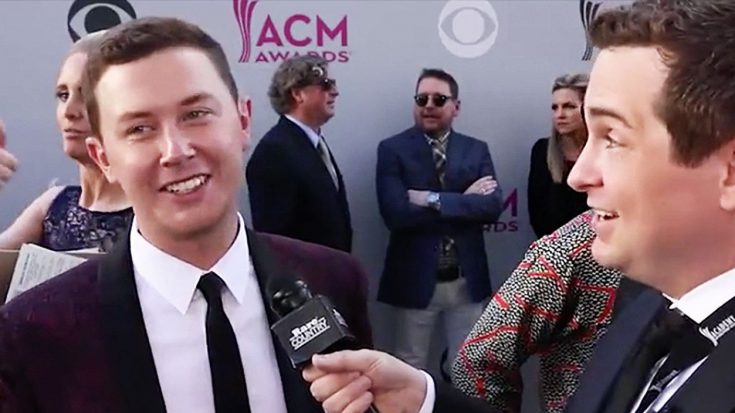 Scotty McCreery was a lone wolf at the recent ACM Awards, surprisingly soloing the event without his beloved girlfriend, Gabi! The dapper young man sported a unique suit on the red carpet, admitting to Rare Country that he was unaware of the pattern embodying the outfit, chuckling, “When in Rome!”

Of course, fans were curious as to where his gorgeous girlfriend was during the coveted event, as McCreery admitted that her schedule wouldn’t allow for an appearance at the event. Revealing that Gabi wanted to attend the star-studded night, the country star added, “She’s gotta work. She’s a saint! She’s over there working at the hospital, helping those kiddos!”

According to the star, Gabi often works 12 hour shifts, prompting the country boy to do his best to keep an extra special eye on her schedule to ensure quality time and planned events are given the chance to be enjoyed and attended. However, despite the chaotic difference in schedules, these two are head over boots for one another and go the extra mile to keep each other happy and in touch!