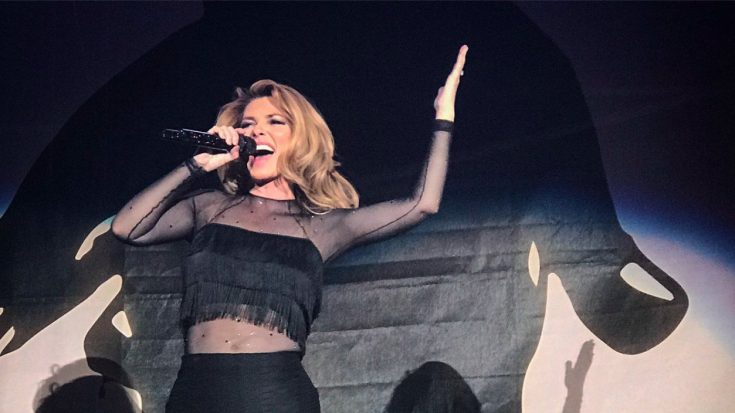 The wait is over! Saturday night during the Stagecoach music festival, Shania Twain debuted her first song in 15 years.

Fans have been anxious for new music from the best selling female country artist of all time, and the wait seems to have been worth it. Twain took the stage during the music festival where she performed all of her previous hits, including collaborations with fellow female country star Kelsea Ballerini and pop star Nick Jonas.

As excited as fans were to hear the classic Shania tunes, most were counting down the minutes until the singer would fulfill her promise of a new single debut.

“I wrote this specific song about the good and bad in life and how important it is to have both,” Twain said of the song. “We got to take the good with the bad, right? No pain, no gain.”

The air was electric as Shania kicked off the new tune. Her vocals are as impressive as ever, a fact that didn’t go unnoticed by fans who soaked up her performance.

“Life’s About To Get Good” is expected to hit the radio in June, the first single from Shania’s new untitled album set to be released in September.

Hear Shania’s new song, “Life’s About To Get Good” below, and let us know what you think about it!