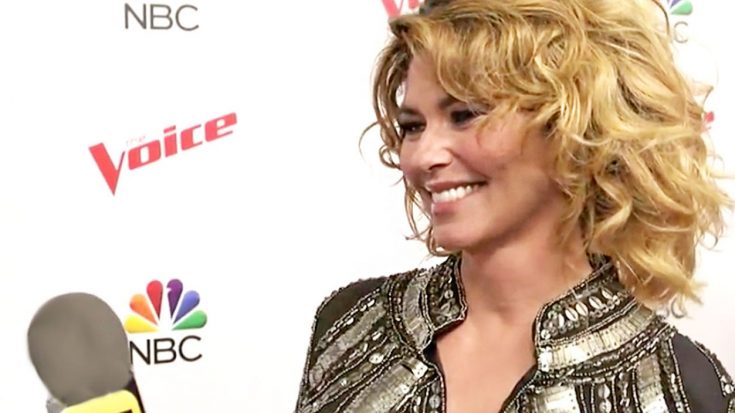 Country music star Shania Twain has been dropping surprises and teasing about her upcoming album, the newest studio release since her unforgettable 2002 album Up!. Although keeping the better half of the compilation under wraps as she builds up her fans’ anticipation, Twain has finally revealed that she will be performing one of her newest songs at the nearing music festival Stagecoach.

Talking to Entertainment Tonight, Twain admitted that she has a brand new single ready for its June release, adding, “So I’m kicking off the summer with a new song, and then I’m finishing the summer with the release of the album… It’s gonna be the best summer ever for me.” The bombshell country star revealed that she has single-handedly written her entire album, sharing that the completion of this masterpiece has helped the singer feel a sense of relief. “I needed the whole album! That album was therapy,” Twain said while revealing her upcoming single is the optimistic tune that we all need in our lives.

While fans are thrilled to hear the iconic Twain classics, such as “Man I Feel Like A Woman” and “Any Man Of Mine”, the country star promised that her Stagecoach performance will contain a preview of her newest, never before heard single!

We can’t wait to hear all of the remarkable music that this country gal has been hard at work with.