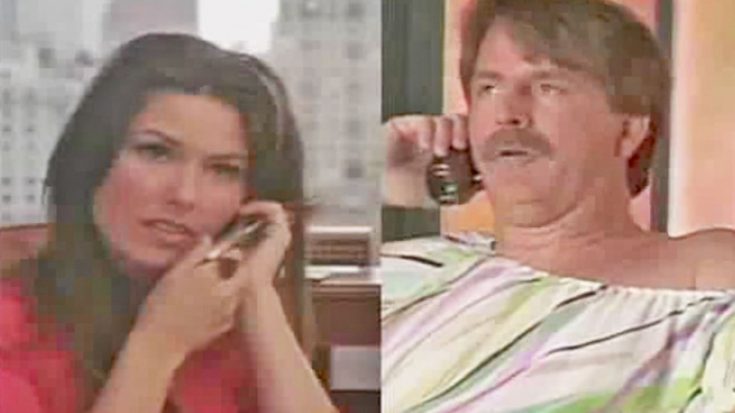 Kicking off the 2005 CMT Music Awards, Jeff Foxworthy invited the country music superstar to a very exclusive get together in a hilarious opening skit. Referencing Twain’s music video for hit single “Party for Two” featuring Billy Currington, Foxworthy called the country singer up to invite her to a “hot” party he was throwing.

“Hello Shania,” Foxworthy said through a thick southern accent. “Hey look, I’m having a party. It’s going to be really hot do you wanna come?”

“Who is this?!” asked the confused country star.

“This is Jeff Foxworthy! Listen this ain’t gonna be just a party, I’m gonna be in my sexy socks,” he said while shimmying for the camera.

“What the f*** are you talking about?!” Twain fired back.

The video ended with the country singer slamming her flip phone closed after threatening to call the police on the comedian, exclaiming “I need to get a new number.”

The award show was definitely one to remember, the biggest award of the night going to Keith Urban, the country singer taking home “Video of the Year” for “Days Go By.”

You can watch the hilarious blast from the past below.