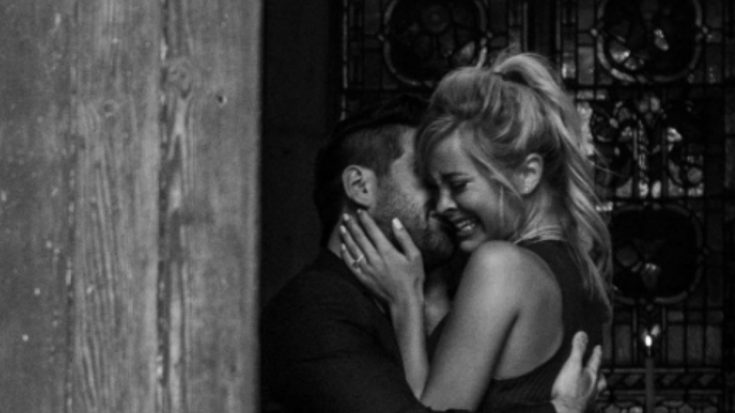 Shay Mooney is married! The singer, one half of the country duo Dan + Shay, wed former Miss Arkansas Hannah Billingsley on Friday.

Mooney, also an Arkansas native, and Billingsley held their ceremony on his family’s property in Arkansas followed by a stunning outdoor reception overlooking the Ozark Mountains. The wedding planner shared with PEOPLE that the couple’s 9-month old son, Asher, served as part of the wedding party, donning a tux and being carried down the aisle.

During the reception, the 25-year old groom became emotional while performing an original song he’d recently written for his new wife.

Pictures from the ceremony and reception have yet to be released, but the couple confirmed their wedding with a post to Twitter that read, “Last night was perfect. Thanks for all the well wishes! Now off to our #honeymoon.”

Last night was perfect. Thanks for all the well wishes! Now off to our #honeymooney ? @HLB15

The couple also shared photos to Instagram as they took off to Cancun, Mexico, for their “honeymooney.” Shay and Hannah announced their engagement in August 2016 after dating for a year and a half. They announced that they were expecting soon after and their son, Asher James, was born in January.

Congratulations to Shay Mooney and his new bride!