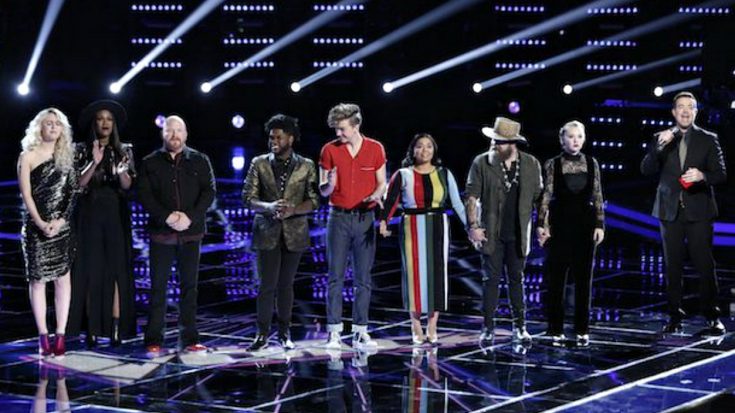 It’s hard to believe that season 13 of The Voice is coming to an end next week. Tuesday night’s episode (December 12) brutally narrowed the field of eight to four finalists who will compete next week for the coveted Voice title.

Not only was Tuesday’s episode heartbreaking, there were some shocking eliminations and one coach was left without a team.

Almost immediately after the show’s opening, Chloe Kohanski of Team Blake and Addison Agen of Team Adam were saved, giving them a place in the finals. The next artist moving on was Brooke Simpson, the final member of Miley Cyrus’ team making it the first season that Cyrus has a singer in the Top 4.

Only Adam Cunningham, Noah Mac and Red Marlow were left to perform for the instant save, a chance for viewers to vote live via Twitter for the contestant they want to see in the finale. Cunningham chose to sing Travis Tritt’s “Here’s a Quarter (Call Someone Who Cares).”

And, Red Marlow stuck to his country roots with Alabama’s “Dixieland Delight.”

In the end, it was Marlow who won over the crowd and earned his way to next week’s finale.

Marlow’s victory gives coach Blake Shelton two artists moving on to the finals, continuing his streak of being the only show in the show’s history to be represented in the Top 4 every single season. And, first year coach Jennifer Hudson was left without a team.

To recap, here’s are the artists heading into next week’s finale:

Who will you be rooting for?