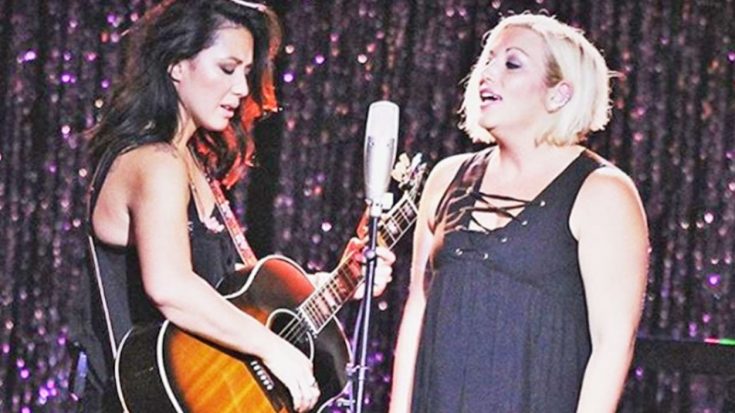 She may not be recording country music anymore, but she is still a resident of Music City. Pop/rock star Michelle Branch emerged on the music scene in the early 2000s with her top-selling albums The Spirit Room and Hotel Paper.

Her success continued when she won a Grammy Award for Best Pop Collaboration with the legendary Santana for their song “Game Of Love.”

In 2005, Branch teamed up with singer Jessica Harp to form the country music duo The Wreckers. Their debut album, Stand Still, Look Pretty, reached the top five on Billboard‘s Top Country Albums chart and their lead-off single “Leave The Pieces” hit number one.

The talented singers were nominated for Vocal Duo of the Year at the 2006 CMA Awards and Best Country Performance by a Duo or Group at the 2007 Grammys. They won a Music Row Award for Major Label Breakout Artist of the Year and Best New Performer from the Radio & Records Readers’ Poll that year as well.

Their record label shelved their second album, and another solo record for Branch, so she moved from Nashville back to Los Angeles to pursue music in the pop/rock genre again.

After several years, she found herself moving back to Music City and released her first solo album in 14 years, Hopeless Romantic. Patrick Carney of the rock band The Black Keys produced the album and the two began dating.

On her 34th birthday on July 2, 2017, Patrick proposed and she announced their engagement on Instagram.

Thank you for all the birthday love and wishes. Last night, right before I blew out my candles, @officerpatrickcarney asked me to marry him and then I had nothing left to wish for ✨❤️ 34 might be the best year yet.

In a new social media post, Branch revealed that the couple was getting ready to send out the Save the Dates for their May wedding when they found out she was expecting!

“Baby Carney is happening this summer and Patrick and I couldn’t be more excited!” the singer wrote.

Well, we were just about to send out Save The Dates for our wedding in May when we got this little surprise ❤️ wedding is postponed and Baby Carney is happening this summer! Patrick and I couldn’t be more excited! xx @officerpatrickcarney

Michelle has a 12-year-old daughter named Owen from her previous marriage.

Congratulations to Michelle and Patrick! Check out The Wreckers’ playing their hit “Leave The Pieces” below.