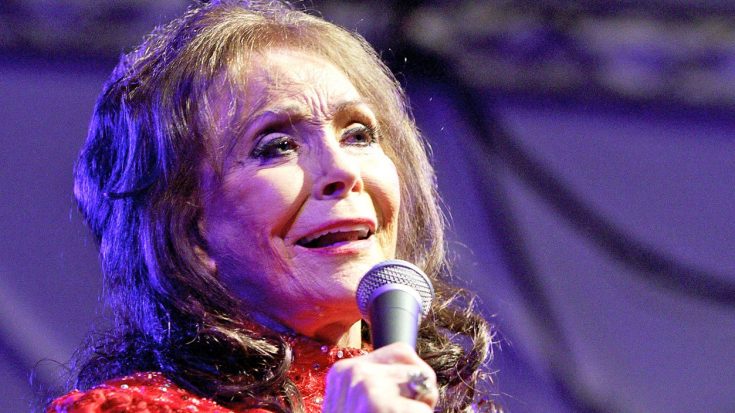 After Loretta Lynn suffered a stroke in May, country fans were anxious to hear updates about her recovery. Those updates were few and far between at first, but grew more and more hopeful as they came along.

Lynn canceled several months of scheduled shows in order to take plenty of time to recover. She is set to make her first public appearance since her stroke on October 1 as part of the Tennessee Motorcycles & Musical Revival event that takes place at her ranch in Hurricane Mills, Tennessee.

Fans previously got the chance to hear a personal update on Lynn’s health when she released a statement to her Facebook page. She also got another opportunity to personally speak to her fans when she had her daughter, Patsy, play an audio greeting to those who gathered for the Fourth of July activities at her ranch.

Then, on Thursday (September 21), Lynn called radio station 650 WSM for an interview so she could share how she has been feeling. It’s so nice to hear her voice again!

Sounding as chipper as ever, Lynn talked about the upcoming motorcycle festival and how much she’s looking forward to it. “I’m gonna ride in on a motorcycle,” she said with excitement, though she made sure to clarify that she will not be the one driving the motorcycle.

When the hosts asked how Lynn has been feeling, she revealed the happy news that fans have been hoping to hear for months.

“You know I’m feeling good,” she said. “I’m feeling better than I should really.”

Lynn credited all of her time off for helping her get better. She also couldn’t help but joke about how she has sort of enjoyed taking it easy these past few months!

“I know everyone’s hollering about me being off so much, but you know, I just got lazy,” she said.

You can listen to the entirety of Lynn’s interview in the clip below. We’re so happy to hear from her and we’re even happier to hear that she’s feeling well again!