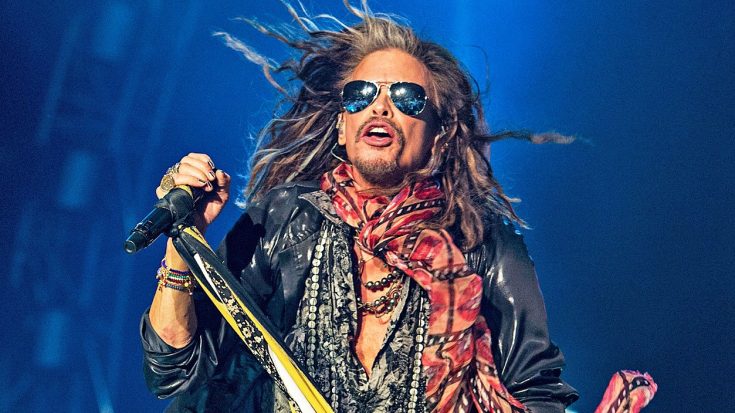 While most people know Steven Tyler as the frontman of the legendary rock group Aerosmith, he is also a member of the country music community. Tyler’s debut as a solo act came through the form of his country album We’re All Somebody from Somewhere, which contained hit singles “Love is Your Name” and “Red, White & You.”

Since then, Tyler has maintained a busy schedule filled with one concert after another. Unfortunately, Aerosmith was forced to cancel the final four shows of their South American tour after Tyler began to experience “unexpected medical issues.“

Aerosmith released a statement to Tyler’s Facebook page on Tuesday (September 26) explaining that their frontman is currently “seeking immediate care” for the medical issues he is experiencing. The band shared that Tyler’s doctors have told him that he shouldn’t travel or sing at the moment.

Within the statement was another from Tyler himself, and he expressed how disappointed he was over the concert cancelations.

“I’m very sorry and feel like I’ve let you down..I won’t be able to continue the last four shows of this tour,” Tyler said.

Tyler also told his fans that they have no need to be overly concerned, saying that he is “not in life-threatening condition.” However, he made the severity of his illness quite clear.

“I need to deal with this right away, and get some rest and medical care immediately in order to sustain and maintain my future performances,” he said.

Fans flooded the comments with well-wishes for Tyler’s recovery. We join them in praying for his restored health and quick return to the stage.

Once Tyler gets to feeling better, we have no doubt that he’ll be back and ready to rock!