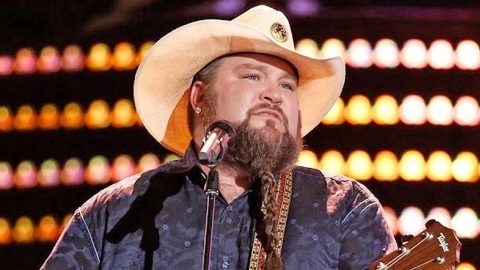 Sundance’s father, Roy Head, is a singer who was popular from the mid-60s to the mid-80s. His most well-known song is the soulful tune “Treat Her Right”, which held strong at the No. 2 spot on the Billboard Pop and R&B charts. The song standing in the way of Roy’s potential No. 1 hit? A little song called “Yesterday” by The Beatles.

Sundance’s family was in the audience the night host Carson Daly announced him as the winner of the singing competition show, and Roy couldn’t have been more proud.

Late Thursday night (Dec. 29), Sundance took to Facebook to ask his fans for their prayers as his 75-year-old father was being rushed to the emergency room “with a ruptured aorta”.

A couple hours later, Sundance’s wife, Misty, informed everyone that Roy was taken into surgery and that he had an “aneurism bleed out in stomach somehow from this morning till now was able to clot on its own with out bleeding out elsewhere.” In the same post, Misty revealed that Roy had been having pains since Monday, but was in the woods hunting and thought he was just having some back pains. He was finally packed in a truck and driven to the hospital Thursday evening.

Friday morning (Dec. 30), Sundance updated everyone on his father’s status

“Pops is stable,” he wrote on Facebook. “Sedated while they start dialysis for his kidneys. Blood pressure still good. Nurses are taking great care of him. Thank you all for he prayers they are working. Once he made it through surgery surgeon came out and spoke to us and around his neck was a chain with a big cross so I knew he was in the hands he needed to be in.”

We are praying for Roy’s speedy recovery and for the entire Head family.