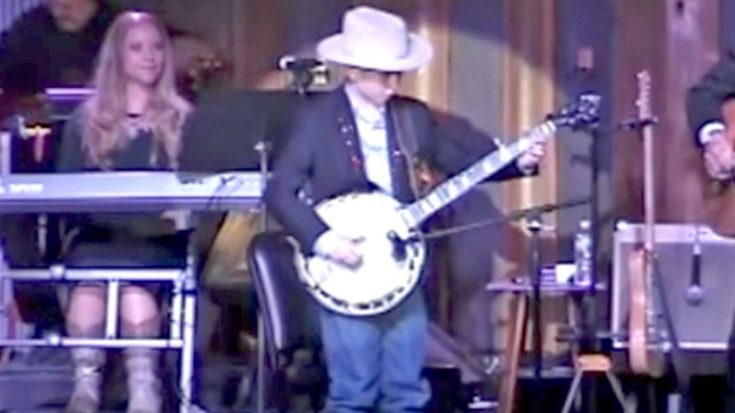 One of the most well-known bluegrass songs has to be “Foggy Mountain Breakdown.” It’s a very difficult song to play, especially because people know it so well that if the performer messes up even a little bit, people will notice.

First recorded in 1940 by Earl Scruggs and Lester Flatt using their band name Flatt and Scruggs, the song quickly became a bluegrass standard. You also may recognize it as the background music in the film Bonnie and Clyde.

This young man named Cutter Singleton, who was performing at the Kentucky Opry, took on the tall order of performing one of bluegrass’s most well-known songs – and nailed it!

He looks about 10 years old, but he plays like he’s been around this kind of music for a long time. Watch Cutter’s incredible performance of “Foggy Mountain Breakdown” below.