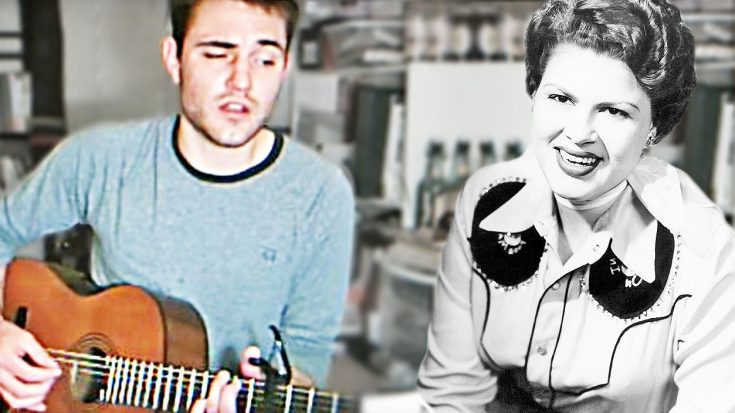 Over four decades have passed since a private jet carrying one of the greatest vocalists in history went down 90 miles outside its Nashville destination. While Patsy Cline left the world at the young age of 30, she created some of the most historically significant music during her career that was tragically cut short.

Cline’s legacy has persevered over the years, many young artists from all genres still covering her iconic tunes. A talented young heartthrob by the name of Dan Hardin honored the country music icon with a masterful rendition of her ballad, “Crazy.”

Armed with his acoustic guitar, the young talent delivers a chilling twist to the emotional song, taking a chilling approach to the heartbreaking country ballad.

“Crazy” was originally written by Willie Nelson in 1961 but he handed it over to Cline who made the song a Top 2 hit on the country charts.

You can watch the young singer’s rendition of “Crazy” below.