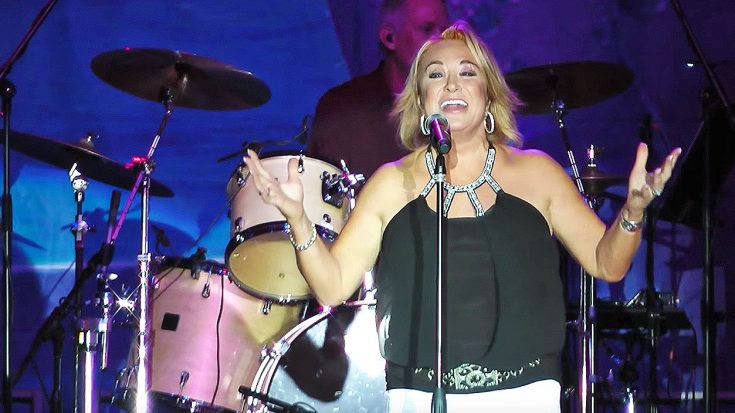 Tammy Wynette has without a doubt left quite the handprint on the history and transition of country music, charting unbelievable hits such as “Golden Ring” and “I Don’t Wanna Play House”. Perhaps her biggest hit, Wynette gave “spousal support” an entirely new meaning with her searing hit “Stand By Your Man”.

The song, essentially encouraging women to support their husbands and give them something worth coming home to, rang well with some, although raising an uproar with others who believed the song was about pure submission. Nevertheless, the song was an electrifying hit that became a classic to the world of country music.

Country icon Tanya Tucker, who had previously performed with Wynette’s former husband George Jones, chose to channel the legendary woman by performing her hit song during her stage time at The Grays Harbor County Fair in 2016. Tucker was an image of strength and sass as she confidently belted Wynette’s iconic lyrics.

Not only did Tucker absolutely electrify her audience, but she brought back to life the spirit of one of country music’s finest. Well done!

Listen to Tucker’s performance below and tell us what you though!