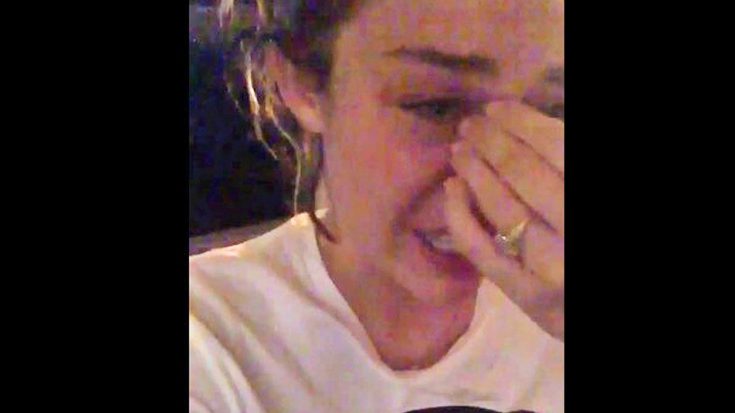 The 2016 presidential race is officially over. Millions turned out to the polls on Tuesday (November 8) to show their support for their respective candidate. Once the numbers rolled in, they revealed that Republican Donald Trump will be the next president of the United States.

Country stars and other celebrities were vocal about their thoughts concerning the results. Many took to social media to express their excitement, while others communicated feelings of uncertainty.

All throughout the election, Voice judge and pop star Miley Cyrus expressed her dislike of Trump and her preference for the Democratic candidates, first Bernie Sanders and later Hillary Clinton. In an Instagram post that generated a swarm of media attention, Cyrus declared that she would move out of the country if Trump was elected.

“This makes me so unbelievable [sic] scared and sad…. Not only for our country but for animals that I love more than anything in this world….Honestly f— this s— I am moving if this is my president! I don’t say things I don’t mean!)”

So once the results came in, Cyrus’ fans were wondering what her reaction would be. On Wednesday morning (November 9), she posted a video to Twitter expressing her sadness over the fact that Clinton lost the election.

But through her tears, Cyrus made a surprising confession, saying she will “accept” Trump as president. She also spoke about the hope that she has for him and for our country moving forward:

You can watch Cyrus’ full reaction video below.

Let us know, was Cyrus’ reaction what you expected to hear from her?