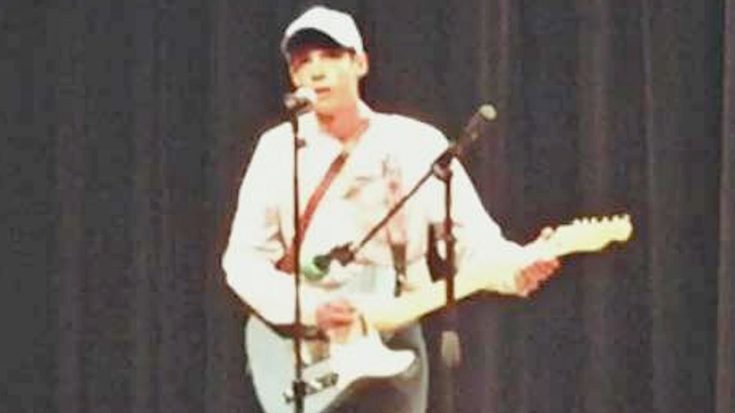 This Mississippi teen wowed his peers with his silky smooth voice and his unbelievable talent. Wilk Anderson, from Purvis, Mississippi, performed in his high school’s talent show and showed off his mandolin, guitar, and singing skills.

To kick things off, Wilk played a rousing mandolin solo that earned him high praise. As if that performance wasn’t enough to win him the prize, he dove straight into George Strait’s hit song “Amarillo By Morning,” which was received with a huge round of applause.

“Amarillo By Morning” was included on Strait’s 1982 album Strait from the Heart and was released as a single the following year. Although it was one of the few songs of Strait’s to not hit No. 1 on the charts, it is still a fan-favorite!

Each time he sang the swoon-worthy chorus’ lyrics, the audience cheered and clapped for the talented teen. This young Mississippian has a bright future ahead of him! Watch Wilk’s awesome performance below.