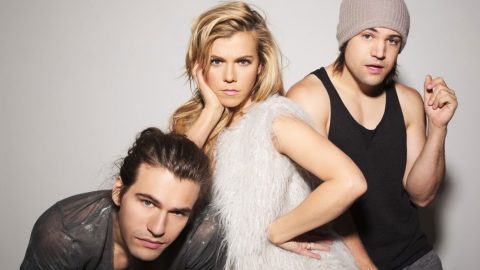 Reid Perry of The Band Perry had quite a health scare over the weekend. The Grammy Award-winning musician documented his emergency appendectomy on Instagram with a series of photos posted in an Instagram story.

The first photo appeared to show the 28-year old arriving at the UCLA Emergency room and said, “Kind of a bad time for this to happen right now.” Several hours later, Perry shared another photo that seemed to have been taken in his hospital room. The words “appendectomy” and “under the knife” were written across the photo along with, “I never get sick, but when I do, they take body parts away.” A third photo was a selfie of Perry donning a hospital gown. “Getting bored while going crazy” and “I keep thinking about that opening scene from TWD,” were written over the picture. According to two videos posted to Instagram, Perry appears to have been discharged from the hospital.

Reid’s brother and bandmate, Neil Perry, shared a photo and message about his brother’s health scare saying, “So thankful that my brother is feeling better today after a mild health scare. Family is the most important thing in this world. And I can’t say enough about how much I respect and look up to my big brother. He’s the strongest person I know.”

Neil continues by added that Reid is the “quintessential middle kid,” riding out every situation life throws at him with strength and calm.

The Band Perry, consisting of siblings Kimberly, Reid and Neil, released their self-titled debut country album in 2010. Their hit song “If I Die Young” was released from this album and has sold more than 6 million copies.

We wish Reid Perry a full and speedy recovery!