The Eagles Announce Another Replacement For Glenn Frey

By Miranda Raye on June 1, 2017
Advertisement 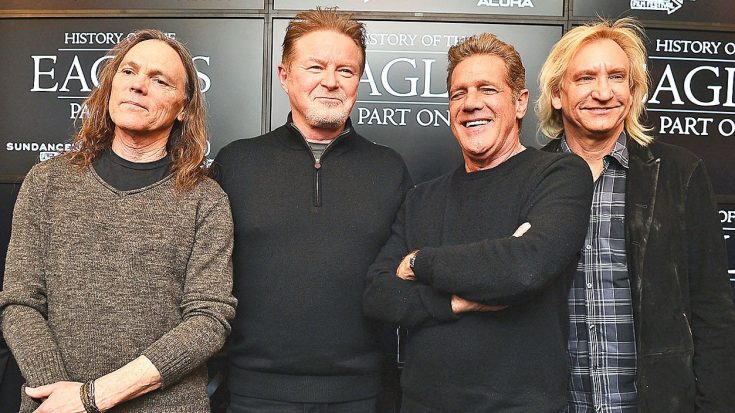 The entire music community was devastated when Eagles frontman Glenn Frey passed away on January 18, 2016. His death left Don Henley as the only founding member still in the band.

Following an emotional tribute performance to Glenn at the 2016 Grammy Awards, Don spoke about the Eagles’ future. At that time, he felt the band was ready to say goodbye.

But the Eagles ended up changing their minds, much to fans’ delight. The group revealed their roles as the headliners of the Classic West and Classic East concerts in July, which take place in Los Angeles and New York.

This news left fans wondering who the group would find to take Glenn’s place on stage. That’s when they announced that Glenn’s 24-year-old son, Deacon Frey, would be following in his father’s footsteps.

Knowing how important these upcoming shows are, the Eagles decided to call on one more person to help cover Glenn’s parts. That person was none other than country icon Vince Gill.

As a skilled guitarist and vocalist, Vince seems like the perfect person to pick up where Glenn left off. Vince and Deacon will take turns singing Glenn’s vocals during the Classic West and East concerts, and Vince will also play guitar.

Vince’s new role is something he’s looking forward to. With a smile on his face, he told The Los Angeles Times, “In my mind, I always thought I’d have made a good Eagle.“

Obviously the members of the Eagles thought the same. Don says he feels that Vince’s addition to the group is one that Glenn would been pleased with.

“The primary thing is I think Glenn would be good with it — with both of these guys,” he said. “I think he’d go, ‘That’s the perfect way to do this.‘”

Vince already has experience singing some of the Eagles’ songs. Back in 1993, he recorded their Top Ten hit “I Can’t Tell You Why” for the tribute album Common Thread: The Songs of the Eagles. You can listen to that recording below.

What do you think of this news? We think Vince will be a great addition to the Eagles!