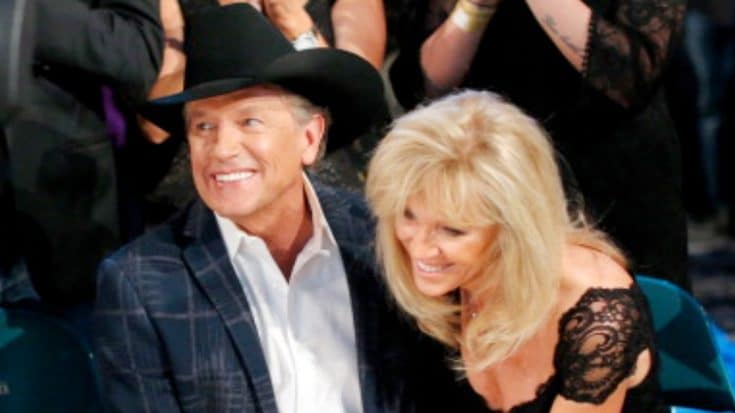 Known as “The King of Country,” George Strait has more than earned the title “legend,” with over 80 Top Ten hits across a career spanning more than three decades.

But long before before George started earning awards and going platinum with records, he met a special gal named Norma in his little hometown just south of San Antonio.

Aside from my grandparents, George and Norma Strait are the epitome of true love in my book.

Although the two eventually became high school sweethearts, they took a long break from each other after their very first date. During their time apart, George realized that Norma was the first girl he ever loved.

After making that realization, George knew he had to give his relationship with her another shot.

“We knew each other forever, growing up in a small town. I never really even thought anything about her, but then one day I asked her out and we went on a date. We didn’t see each other for a long time after that. Then one day, I thought, ‘I’m missing the boat here,’ and we started dating again.”

Living Happily Ever After

As we all know, George and Norma were obviously meant to be. After high school, the two fully committed themselves to each other when they got married on December 4, 1971. Instead of having a large wedding, the couple decided to elope to Mexico to say their vows.

Immediately after they returned from their elopement, George enlisted in the U.S. Army and ended up stationed at Schofield Barracks in Hawaii.

The year following their marriage, they welcomed a daughter, named Jenifer. Their son, “Bubba,” was born nine years later in 1981.

Sadly, Jenifer passed away in 1986. To honor their baby girl, George and Norma established the Jenifer Lynn Strait Foundation, to donate money to children’s charities in the San Antonio area.

Reigning Over Country Music Together

Along with the tragedy in their lives came great triumph. After leaving the Army, George’s career in country music flourished. He raked up hit after hit, and is now regarded as one of the best artists in the genre’s history.

Through the good times and the sad times, Norma has been right there by George’s side. If anyone defines the wedding vows of “for better or worse,” it’s these two.

The love story between these two only has gotten better with time. They’ve now been married for nearly half a century, and their affection for one another continues to grow, as George explained:

“We love each other and we still like each other. We’re so blessed that we were able to experience this life together, to support each other through everything, good times and bad.”

George’s number one single “The Big One“ talks about a man falling in love, saying he’s in for “the big one” now. The song perfectly describes how he fell in love Norma! You can check it out below.