The Ratings Are In For ‘Christmas Of Many Colors’ 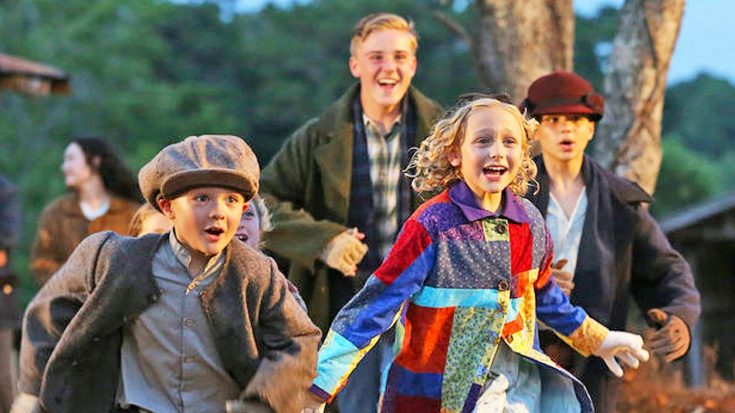 Dolly Parton has done it again!

Last year, Parton released the film Coat of Many Colors on NBC, and the response was overwhelmingly postive. A total of 13 million viewers tuned in to watch the story of Parton’s childhood unfold before their eyes.

The viewer count was a huge accomplishment for Parton and all who worked on Coat of Many Colors. As Variety reported, the film drew in the biggest audience for an original televised film since 2011.

Due to its success, NBC broadcast Coat of Many Colors a second time. Yet again, it dominated the television ratings.

Knowing how much everyone loved Coat of Many Colors, Parton moved forward with plans to make a sequel. Called Christmas of Many Colors: Circle of Love, the film debuted on NBC on Wednesday night (November 30).

Oftentimes, sequels don’t perform well in comparison to the first film. But everyone had a feeling that Christmas of Many Colors would still pull in strong ratings due to Parton’s large fanbase and the hype surrounding the first movie.

As it turns out, everyone’s assumptions were correct. The ratings for Christmas of Many Colors finally came in on Thursday morning (December 1) and let’s just say, Parton has a big reason to celebrate!

Although Christmas of Many Colors didn’t draw in as many viewers as its predecessor, it still dominated the evening, with a total of 11.5 million views, Deadline Hollywood reports. That’s only down 11% from the first film, which is remarkable considering that most sequels don’t perform as well.

Since Christmas of Many Colors was a big hit, we’re hopeful that NBC will rebroadcast it at some point before Christmas! We’re sure it will draw in another large audience if they decide to play it again.

Congratulations to Parton and the cast and crew that worked on Christmas of Many Colors!