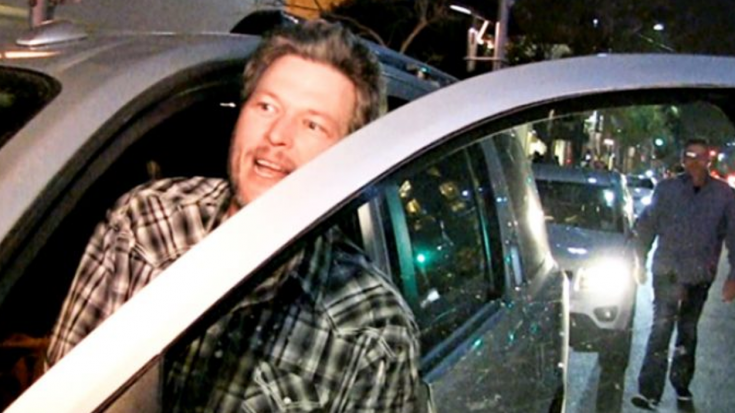 While his ex-wife got a front row seat, he remained noticeably absent from one of the biggest nights in country music.

Blake Shelton is known for many, many things, but refusing to attend one of the biggest events of the year isn’t common for him. While he’s been tied up with filming The Voice this spring, that actually had very little to do with why he missed out on the 52nd Annual ACM Awards – an epic night for country music.

Many have (wrongly) claimed that his girlfriend had something to do with his lack of appearance, but we can confirm that she likely had nothing to do with his choice to skip out on this massive event that celebrated incredible work by some of the best, brightest, and rising folks in country music.

Although the fact that Shelton wasn’t nominated for any of the awards this year probably had a lot to do with his absence, he shared with his fans exactly what was going on during one of the year’s biggest events.

In a tweet to his millions of followers, Shelton opened up about what his plans were for the evening.

“Ah…  Another Sunday evening in my Oklahoma…,” he wrote on Twitter alongside a photo of himself sitting outside enjoying the weather and a nice cold drink.

Ah…  Another Sunday evening in my Oklahoma… pic.twitter.com/71FpZ9xM6N

Recently, Shelton also missed the CMA Awards in November due to a hunting trip and ‘Voice’ filming, too.

Watch the video below of one of Blake Shelton’s latest songs and let us know what you think in the comments.