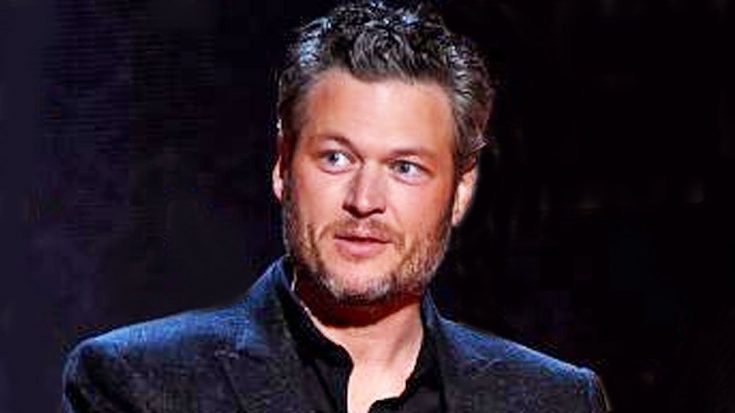 While his ex-wife got a front row seat, he remained noticeably absent from the biggest night in country music.

Blake Shelton is known for many, many things, but refusing to attend one of the biggest events of the year isn’t common for him. While he’s been tied up with filming The Voice this fall, that actually had very little to do with why he missed out on the 50th Anniversary of the CMA Awards – an epic night in country history.

Many claim that his girlfriend had something to do with his lack of appearance, but we’ve been able to confirm that she likely had nothing to do with his choice to skip out on this massive event that celebrated every era of country music with performances from the biggest names (except Blake).

Just a few days before the event was set to take off, Shelton started a stir on social media with a post that had many shocked because it implied that he wouldn’t be attending the 50th CMA Awards in Nashville on Wednesday (Nov. 2nd).

“One week of this…NOTHING but this. I’m okay with that…” Shelton wrote on Twitter.

The longtime country star was explaining that he would be spending an entire week stuck up a tree…but when you see the photo it’s clear that this choice fit squarely with Shelton’s personality.

The photo shows Shelton atop a metal structure with camouflage rain boots and a empty forest floor. Yes, this means that this country star is hanging out in a hunting blind for an entire week, taking advantage of some free time in between episodes and his favorite outdoor past time!

Check out Blake Shelton’s photo below along with a video of his awesome bowhunting skills!

One week of this… NOTHING but this. I’m ok with that… pic.twitter.com/Emz385IY1L