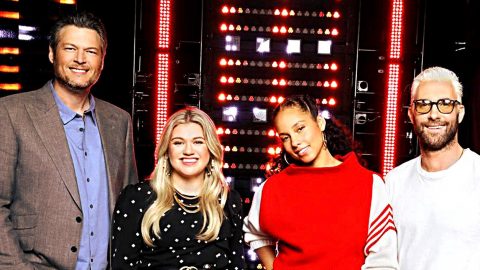 “The Voice” Is Changing The Game For Knockouts

During the battles on The Voice, each coach chooses another famous person in the industry to serve as their team advisor. These advisors help mentor the teams through their rehearsals for battles, and provide some insight from their time in the business.

Once the knockouts roll around, the team advisors are replaced by one or two key advisors. These key advisors coach every single contestant as they prepare for the knockout rounds, regardless of the team they are on.

Country artists have often filled the key advisor role, with Garth Brooks, Shania Twain, and the duo of Tim McGraw and Faith Hill all serving at one point. Even current coach Kelly Clarkson was once a key advisor.

Since the battles are wrapping up, it was only a matter of time before The Voice revealed its key advisor(s) for this season’s knockouts. Finally, the show made the announcement everyone was waiting for on Tuesday (March 27)…and it was a bombshell.

Instead of having one key advisor, or two, The Voice is welcoming four key advisors to the knockouts. Like the team advisors do in the battles, these four advisors will be assigned to one of the four teams.

But That’s Not All…

The reason why The Voice‘s key advisor reveal was so shocking is because it changes everything you’ve ever known about the show. For the first time in history, the key advisor roles will be filled by past winners of the show.

These winners are some of the most successful and beloved in Voice history. Season 3 winner Cassadee Pope will return to advise Team Kelly, Season 9 champ Jordan Smith will reunite with his coach Adam Levine to help his team, Blake Shelton‘s reigning winner Chloe Kohanski is assigned to his team, and Season 12 winner Chris Blue is pairing up with his former coach, Alicia Keys.

As explained by Yahoo!, which broke the news about the new advisors, the theory is that these past winners will be able to provide the current contestants with valuable insights. Since they once competed on the exact same show, they can offer them a perspective that no other key advisors have been able to give.

We don’t know about y’all, but we’re stoked to see these past winners return to the show, especially Pope. She has been conquering country music ever since she left The Voice, which makes her the perfect advisor for Clarkson’s team.

To see what we mean, watch one of Pope’s performances during her time on The Voice below.