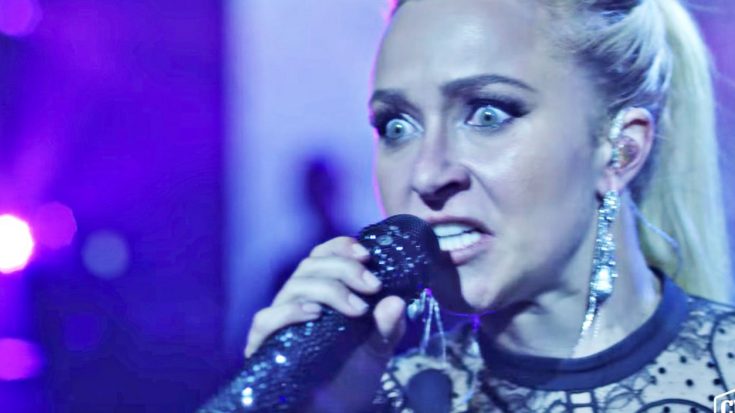 Her eyes wash over with an ice-cold rage as she unleashes a furious, scathing rant on what appears to be an unsuspecting audience during the newest teaser for CMT’s Nashville.

This beloved country music drama is based in the heart of Music City and follows several characters as they find their way through professional lives in the music industry while balancing their sometimes-volatile personal lives.

Returning for a sixth season – something many thought would never happen – Nashville is cranking up the heat for this wild and tumultuous trailer.

But, what sent Juliette Barnes spiraling into this fit of anger? That part isn’t quite clear, but images of her overwhelmed with emotion lead viewers to believe she may be having some sort of internal crisis.

Including a bevy of new looks for other characters, and giving quick snapshots into their lives through this short clip, CMT does a good job of keeping fans on edge and ready to tune in when season six hits the air in January.