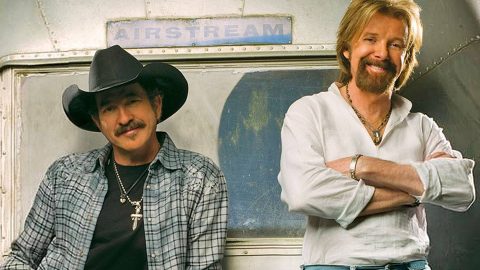 In the entirety of country music history, no duo has been able to match the success of Brooks & Dunn. Together, Ronnie Dunn and Kix Brooks have earned a total of twenty number one hits, and were named the CMA Vocal Duo of the Year for 14 years.

The duo became known for their honky-tonk sound, which can be heard the most in their number one hit, “Boot Scootin’ Boogie.” They generated the top country song of the year in 1996 with their smash hit “Ain’t Nothing ‘Bout You,” then repeated that accomplishment in 2001 with “My Maria.”

Brooks & Dunn’s music is forever ingrained in the fabric that makes up country music. People have already been listening to them for decades, and they have the staying power to remain popular in the years to come.

Since Brooks & Dunn has played such a crucial role in country music history, we’re sure you must know them and their music well. Or at least, you think you do. Take the quiz below to find out if you really know everything about these country icons!