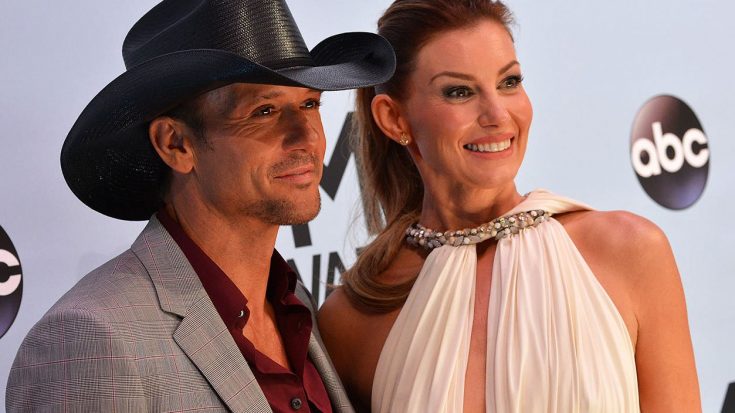 Lovable country couple Tim McGraw and Faith Hill have not only achieved incredible country music careers, but they have also achieved perhaps the most coveted accomplishments of all: starting a family. The two stars continuously dote over three beautiful daughters, often taking to social media to show them off to the world. I mean, can you blame them?

However, the couple now has another incredible milestone to celebrate seeing that they have just reached an admirable twenty years of marriage! The ride-or-die couple has been turning heads with their powerful affection towards the other, sending fans and country music lovers into envy over their titanium strong relationship!

As their week has been jam-packed with already monumental experiences, including the announcement of a joint tour and being awarded their much deserved stars on Nashville’s Music City Walk of Fame, many imagined that the couple could only have an extravagant anniversary celebration in store! However, their more realistic approach is one leaving fans in awe at the sheer fact that, despite the bright lights and red carpets, they are just like the rest of us!

“Okay, I will tell you,” Hill told PEOPLE. “We are going to be in sweats on the couch watching some TV show we gotta find.”

McGraw jokingly elaborated on his wife’s response. “We’re gonna binge-watch something. And I’ve made a request, but I don’t know if I’m gonna get away with it or not — I want cornbread and peas.”

Hill picked up on her cue and remarked, “That would be me cooking cornbread and peas,” which she followed with a coy, “We’ll see.”

Now, these are some celebrity habits we can sure as hell keep up with!

Congratulations to the happy couple of a whopping 20 years of marriage!