By Manly Bryant on March 5, 2018
Advertisement 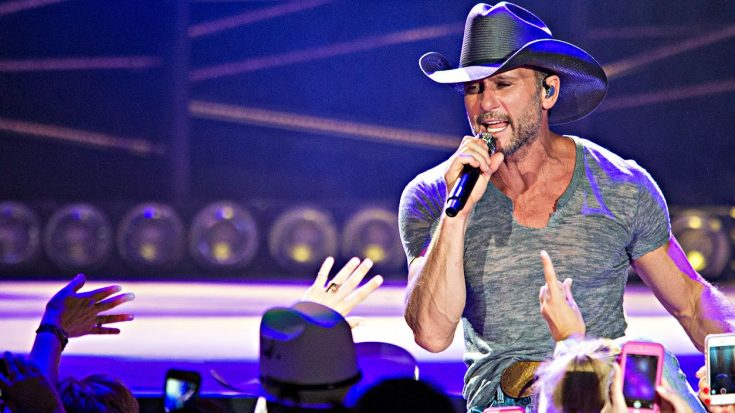 There has been an ongoing dialogue over gun control in the United States and it has even become more prominent following a recent mass shooting at Marjory Stoneman Douglas High School in Parkland, Florida.

The delicate and sensitive relationship between gun rights and country music has become much more complicated recently, and longtime singer Tim McGraw has made his point known – repeatedly.

The retailers, which include Dick’s, Walmart, Kroger, and L.L. Bean, have all revealed changes in their firearm selections and sales policies – with many restricting the sale to people 21 years or older.

We deeply believe that this country’s most precious gift is our children. They are our future. We must keep them safe. Beginning today, DICK’S Sporting Goods is committed to the following: https://t.co/J4OcB6XJnu pic.twitter.com/BaTJ9LaCYe

McGraw, who had previously talked about gun control following the Route 91 Harvest Festival shooting in Las Vegas, issued a statement on Twitter commending the retailers’ choice.

Thank you @DICKS for taking a stand to promote a meaningful discussion for the safety of our kids!  @Walmart, @kroger, and @LLBean too. https://t.co/HHPnAq6MYD

The comment ignited a furious controversy in the comment section with many people speaking against McGraw and his statement.

Tim you are a poor representation of country music and it’s fan’s, both you and your wife. I would never have thought anyone country would be liberal and not stand strong for America and its values. Very disappointed!!

18yr olds can join the military & protect you & your family. But they cannot buy an AR15 for enjoyment when their not protecting Americans (&this includes you) is total BS! This isn’t going to stop the problem your ignorant! I have been a fan for yrs. Not now. ???

Sorry Tim, not the right way to do this! What about ALL the GOOD kids who grow up learning safety and and respect of guns, hunting with their dads? You want to take that away from them because of the few that are doing these bad things. Bad people will get guns ILLEGALLY!!

Tim, time to turn any firearms you have in, sounds like you along with a lot of others don’t have any clue about firearms and have no interest in the safety or addressing the actual problem with the kids

There are thousands of more comments and tweets directed at McGraw – many on both sides of the conversation, but there definitely appears to be a divide between country music and gun rights.

Back in November 2017, McGraw’s wife Faith Hill gave a statement to Billboard that also incited a very large backlash.

Watch the video below to hear about McGraw and Hill’s comments following the Las Vegas shooting – and tell us what you think about all of it in the comments.