Trace Adkins Shows Love For America With “My Country, ‘Tis Of Thee” Performance 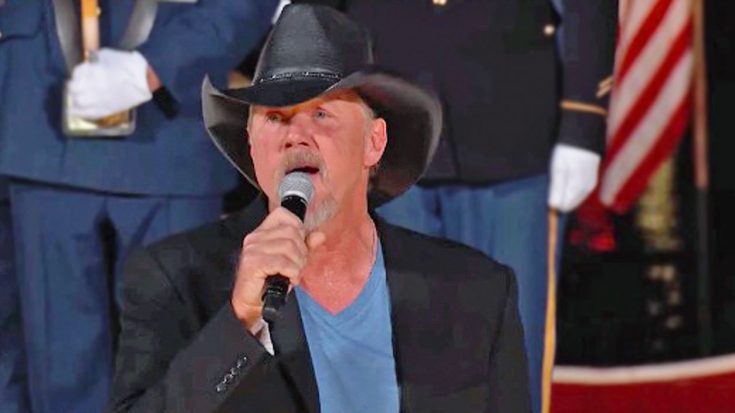 Certain songs have always sparked strong feelings of patriotism in the American people. One of those songs is “My Country, ‘Tis of Thee,” which has a more extensive history than you probably ever knew.

The lyrics to “My Country, ‘Tis of Thee,” were written by Samuel Francis Smith in 1831. As authors John A. Garraty and Mark C. Carnes write in their book American National Biography, the song was first performed in public on July 4, 1831. From that moment on, the song has been associated with the Fourth of July holiday.

Since “My Country, ‘Tis of Thee” is now considered a traditional part of the Fourth of July, it was no surprise when it was performed at the 2017 A Capitol Fourth special. Country superstar Trace Adkins was granted the honor of performing the song, and he did not take his responsibility lightly.

Anyone familiar with Adkins knows that he has always been a strong supporter of the U.S. military. He has recorded several songs that honor military men and women, including “Arlington” and “Still a Soldier.”

In addition to the songs he records, Adkins also expresses his thanks to the troops by embarking on regular USO tours. He has toured everywhere from Bahrain to Afghanistan to entertain deployed servicemen and women with quality country music.

Considering just how patriotic Adkins is, it made perfect sense for A Capitol Fourth to choose him to sing “My Country, ‘Tis of Thee.” He delivered a triumphant performance of the song, all while fireworks lit up the sky behind him.

This performance makes it clear just how much Adkins loves his country. Tune in below to check it out. It gave us goosebumps!

Last Tuesday, Trace Adkins moved the audience with his performance of "My Country Tis of Thee" while fireworks lit the sky behind him. Listen to Trace's performance now! #July4thPBS