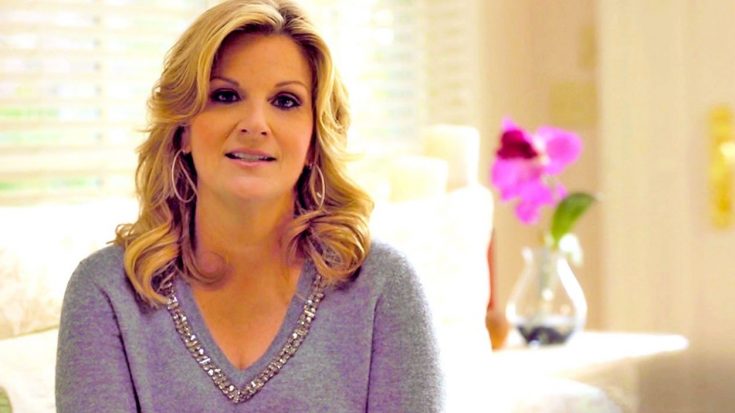 Just a few short weeks before she was set to perform at a massive tour stop, country superstar Trisha Yearwood has pulled out of the performance.

Having been on tour with husband Garth Brooks for the majority of the last couple of years, Yearwood was bound to run into a conflict at one point and she’s been keeping quite the full schedule while still appearing on stage throughout this immense tour!

Luckily, the reason for Yearwood’s absence is great news and something fans can definitely appreciate. Since starting her daytime cooking show, Trisha’s Southern Kitchen, the country queen has gained quite a following – but that’s not all!

Already an Emmy Award-winning show, Yearwood’s cooking phenomenon has been nominated for another Emmy Award this year!

Unfortunately, the awards ceremony conflicts with her and Garth’s tour stop in Champaign, Illinois, which runs for an entire weekend (Friday, Saturday, Sunday). The Sunday show, on April 30th, will not feature Trisha Yearwood due to her attending the awards ceremony.

In an adorable Facebook Live video, Trisha Yearwood holds her cute pup, Emmy, while she talks about The Emmy Awards.

We are sorry that she can’t make her scheduled tour stop, but so excited to hear about her recognition for all the hard work she’s put into her cooking show!

Watch Trisha’s full video announcement below and let us know what you think in the comments.