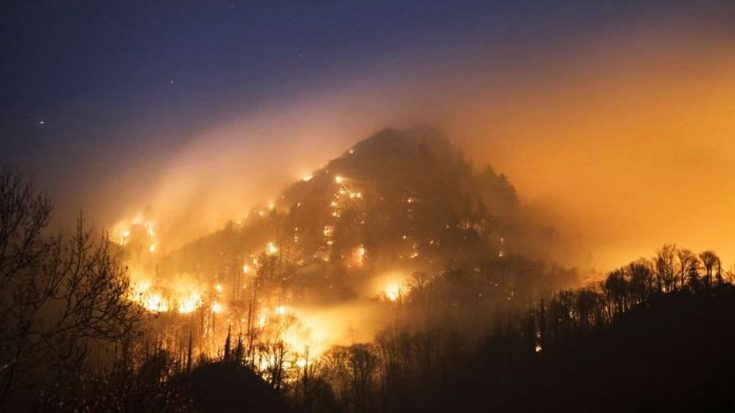 Just announced by the Tennessee Bureau of Investigation, two people have been arrested and charged with aggravated arson in connection with starting the wildfires that ravaged Eastern Tennessee in recent days.

The fires, which claimed the lives of 14 people, and destroyed more than 700 homes and over 150 buildings in total, spread insanely quickly after igniting within the confines of the Great Smoky Mountain National Park  – and are still burning.

“During the course of the investigation, information was developed that two juveniles allegedly started the fire,” a statement from the bureau read.

According to the bureau, both suspects have been detained and were booked into the Sevier County Juvenile Detention Center after their arrest.

Because they are both under 18, their names and photos have not been released. Earhart revealed that both are residents of the state, but reiterated that no further information is available.

No statement has been made if the two suspects have been arraigned and entered please, nor has information been released about their legal representation.

The Tennessee Bureau of Investigation first started their investigation last week along with several federal agencies, including the Federal Bureau of Alcohol, Tobacco, Firearms, and Explosives.

We will provide more information as it becomes available and are keeping the individuals and families affected by this tragedy in our thoughts and prayers.

Watch the news report about the Gatlinburg Fires in the video below.

To help support the victims of the fire please visit the website for the Dollywood Foundation.