By Jennifer Pernicano on September 28, 2016
Advertisement 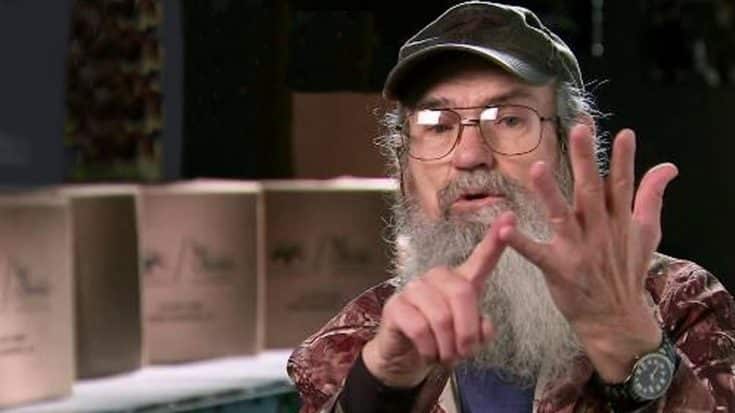 Fresh off making his rounds with the press promoting his brand new book, out September 27, America’s favorite uncle, Si Robertson, is proving that he just gets better with age.

Uncle Si reveals some secrets in his new book Si-Renity: How I Stay Calm and Keep the Faith and boy, are they juicy.

As most Duck Dynasty fans know, Si does not appear with a significant other at any point in the show. This gives people the idea that he is a single man, when that is very far from the truth.

He is happily married for 45 years to his wife, Christine, who has chosen not to appear on Duck Dynasty because according to Si, “the woman has a lot better sense than the rest of us. She don’t want any part of it.”

Because of his assumed single status, he has become quite the stud to more than a few women. So much so that he has been proposed to several times.

In an interview with Christian Post, he gave a couple examples of women asking for his hand, but he always turns them down because he’s got a “fine little redhead…that might not take kindly to that”.

Si and Christine are more in love than ever and just a couple years ago renewed their vows. As a gift to his lovely wife, Si recorded an album of love songs for his beloved. Listen to him sing one of the songs below.