Uncle Si Reveals He Is Recording His Debut Country Album 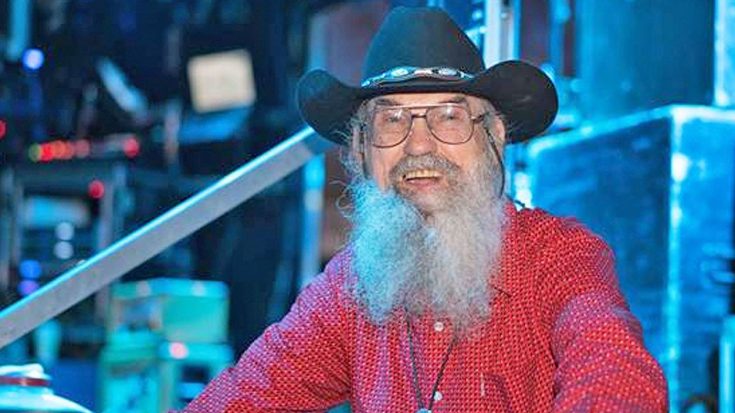 In one episode of Duck Dynasty, a few members of the Robertson family hopped in an RV to drop John Luke and his new wife, Mary Kate, off at college in Lynchburg, Virginia.

They made a quick stop in Nashville, Tennessee, where Uncle Si decided he was going to be country music’s next big star. Over the past year or so, Si has started to become more serious about venturing into a career in country music.

He’s already made his Grand Ole Opry debut singing “Some Gave All” with Billy Ray Cyrus, and has performed at local honky tonks in and around Nashville. A few of our favorite performances we’ve seen him do is George Jones’ “He Stopped Loving Her Today” and a mash-up of “Sweet Home Alabama”, “Wagon Wheel” and “Friend In Low Places”.

Turns out, he is well on his way to becoming a country singer, seeing as he retired from Duck Commander after 30 years to pursue a new career in Music City!

On Monday (April 24) in a series of Facebook Live videos, Uncle Si, along with some friends, including his daughter-in-law Marsha Robertson, revealed that they had just gotten off a plane in Nashville and were resting up for a big day in the studio on Tuesday (April 25).

Recording under the name Uncle Si and the Sicotics, Si’s untitled album will likely have classic country tributes as well as a few originals.

I’m the studio! Magic about to happen!

This isn’t the first time he’s recorded an album. A few years ago, he recorded an entire album for his wife of 45 years, Christine. While that was just for her, this one will be for sale to the public!

Watch one of the Facebook Live videos below, where he talks about his new music.