[VIDEO] Legendary Musician Collapses On Stage While Performing In Canada 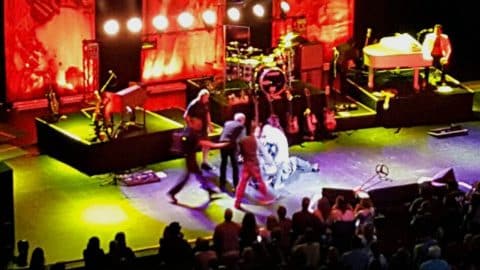 Meat Loaf was in the middle of singing one of his biggest hits, “I’d Do Anything for Love,” when the incident occurred. Members of his band rushed to his aid while waiting for paramedics to arrive. The singer was taken to a hospital.

The frightening incident was captured by fans who have shared the video on social media.

The 68-year old, who enlisted Garth Brooks and Reba McEntire for his 2011 Christmas album, cancelled a show earlier this week due to illness. We wish Meat Loaf a speedy recovery.

UPDATE: Meat Loaf is “stable and in good condition,” according to a representative.