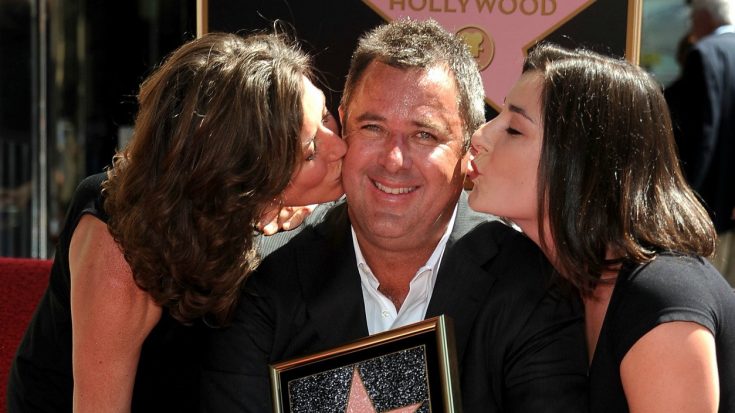 Vince Gill is going to be a grandfather….again!

Gill’s oldest daughter, Jenny, announced that she and her husband Josh Van Valkenburg are expecting their second child in January 2018. The couple are also parents to Wyatt who will turn 3 on August 4th.

The mom-to-be is the only child of Vince and his first wife, Sweethearts of the Rodeo singer Janis Oliver. Jenny is also is also a singer-songwriter and has spent the last 6 years as a back-up singer for her step-mom, Amy Grant. Earlier this year Gill released her debut album called The House Sessions. Roughly half of the songs on the album were written or co-written by Gill who is working to make a name for herself out from under the shadow of her famous parents.

“People have a preconceived perception of me because of my name, that I am country or that my talent should be at a certain place because of my parents’ accomplishments,” she says. “It’s hard to get people to notice you on your own and not for being a plus-one. So that is what The House Sessions is attempting to do. I am done waiting in the wings wondering what could happen. I’m ready to try and build something all on my own.”

If Jenny Gill‘s debut album is any indication, we’ll be hearing great music from her for years to come!

Congratulations to Jenny, Josh and Wyatt on their growing family!