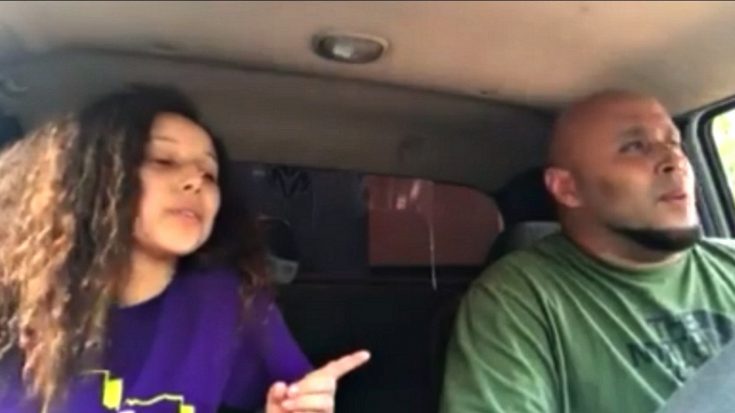 Kris Jones. Remember that name. You may know him as the dad who went viral earlier this year when his daughter, Dayla, recorded him singing “Tennessee Whiskey” in the Home Depot parking lot. The video gained attention not only because of Jones’s stunning vocals, but by Dayla’s adorable reaction to hearing her dad sing.

After his impressive cover of the George Jones/Chris Stapleton hit took the internet by storm, Kris and Dayla made an appearance on the Emmy Award winning The Ellen Show and amassed a jaw-dropping social media following.

To date, the video that made him a household name has been viewed more than 50 million times. And now the Alvarado, Texas, native is back with another impressive cover. But, this cover is unlike anything you’ve seen or heard from Kris before. In a new video, Jones is joined by 15-year old Dayla to perform a beautiful duet cover of Keith Urban’s “Blue Ain’t Your Color.”

Talent certainly runs in the family as Dayla’s crystal clear voice perfectly compliments her dad’s as she flawlessly harmonizes on the catchy vocals.

Check out Kris Jones and Dayla singing “Blue Ain’t Your Color” in the video below. Follow Kris on his Facebook fan page by clicking here.