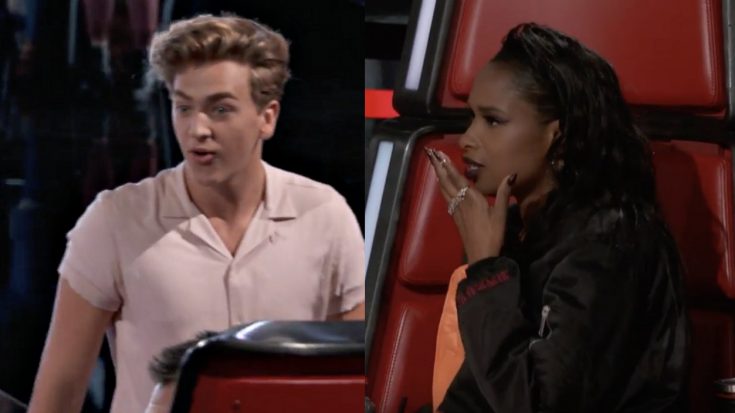 It was an intense first night of ‘Voice’ Season 13 Battle Rounds on Monday. In the Battle Rounds, arguably one of the most emotionally charged portions of the show, coaches pit members of their team against each other and have to eliminate one and advance the other.

During Monday night’s episode, Blake Shelton put team members Keisha Renee and Noah Mac head-to-head with a performance of Elvis Presley’s rendition of “I’m So Lonesome I Could Cry,” the 1949 Hank Williams Sr. penned hit. The two come from very different singing backgrounds and have difference vocal styles so the performance was sure to be interesting.

First year coach Jennifer Hudson said that Noah’s voice sounded like an old soul and praised Keisha for her smooth vocals. Adam Levine said that Keisha was bringing him to church and that Noah brought a ’50s diner appeal. But, ultimately it as Blake who had to make the difficult decision about who would advance.

“It’s always easier when you have a Battle Round and somebody’s really good and somebody sucks,” Shelton told the duo.”You guys are so good….this sucks so bad.”

After agonizing over his decision, Blake announced Keisha as the winner. But, it wasn’t a loss for Noah. After the teen said his goodbyes and was exiting the stage, Jennifer Hudson pressed her button and stole Noah, adding him to her team.

Watch the dramatic steal unfold in the video below.