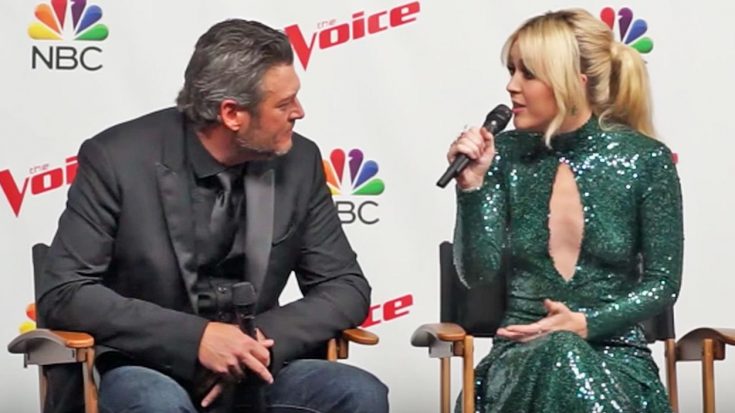 In the Knockout Rounds of Season 13 of The Voice, rocker Chloe Kohanski lost her spot on Team Miley to fellow contestant Ashland Craft. However, her journey did not stop there, both Blake Shelton and Jennifer Hudson jumping at the opportunity to steal her, the Nashville-native inevitably going on to choose Shelton.

Back in the blind auditions, Shelton had attempted to persuade her to join his team following her striking rendition of Fleetwood Mac‘s “Chain,” Kohanski revealing she’s “obsessed with Miley”and chose the “Younger Now” singer to be her coach. Proving he made the right decision to take a chance on her, the recently-named Voice champion went on to earn Shelton his sixth win as a coach.

Following her massive win, the 23-year-old rocker and her country singer coach discussed their unlikely pairing and her transition from Team Miley. In the interview, Kohanski opened up the moment she was kicked off Cyrus’ team, revealing “Miley was my only plan.”

“I was sure that was not the experience I was going to have,” Kohanski recalled of her elimination. “And then Blake and Jennifer pushed their buttons to steal me, and I remember thinking like I had no plan because Miley was my only plan,” she said before continuing, “So in like those few seconds I was like I’m gonna go with Blake even though this makes no sense.”

Kohanski went on to explain that while living in Nashville she had heard only positive things about the country singer prior to auditioning so she felt he was the right choice, her massive win proving they both made the correct decision choosing one another.

Prior to auditioning for The Voice, Kohanski went to college on track to be an English teacher before deciding to risk everything and pursue a career in music.