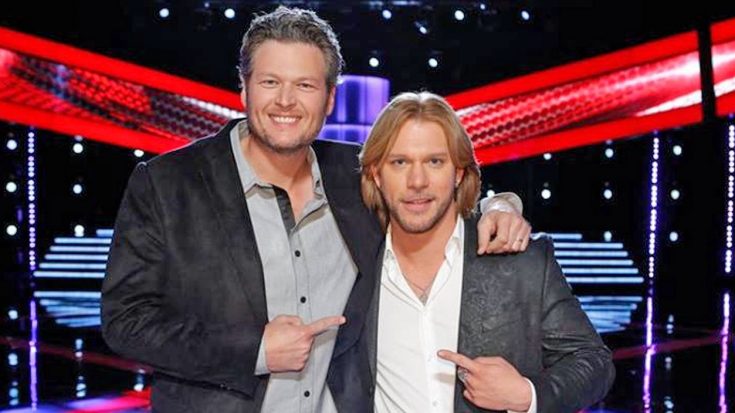 Almost three whole years after Craig Wayne Boyd was crowned the champion of the seventh season of The Voice, the singer is finally releasing his first full length album since winning the show.

On The Voice, Boyd won over the judges, and fans, with his incredible covers of country and Southern Rock songs including “The Whiskey Ain’t Workin'”, “You Look So Good In Love”, “I Walk The Line”, “Take It Easy”, and “Workin’ Man Blues”.

After winning the show, he was signed to Dot Records where he released the single “My Baby’s Got A Smile On Her Face”, which debuted at No. 1 on the country charts. He parted ways with Dot in 2015 and released his next single independently.

According to The Boot, Boyd signed with Copperline Music Group earlier in this year which allowed him to really focus on recording his long awaited album. In the time since we saw him last, he had a daughter, got married and is now expecting his second child with his wife Taylor.

His album is titled Top Shelf and will actually feature his wife’s vocals on the song “Somewhere in There”. He is also including an Eric Clapton cover on the album, which is set for an October 27 release date.

“I feel like the album itself — it’s got a little bit of the grit, the whiskey, to it … [but] with my wife now being such an important part of my life, she brought a little bit of sophistication to me,” he told The Boot.

We’re not sure about you, but we can’t wait to hear what he’s been working so hard on! Take a look at his Blind Audition, which started it all, below!