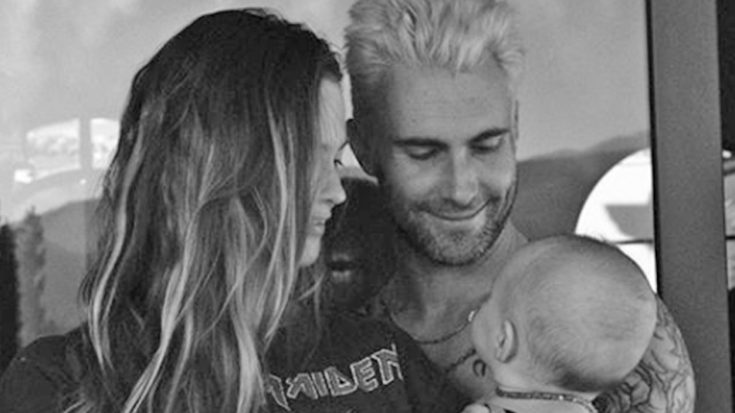 That is all Behati Prinsloo Levine used to caption a photo of her in a bikini with an emerging baby bump to announce her second pregnancy with husband, Maroon 5 frontman and one of our favorite coaches from The Voice, Adam Levine.

The married couple of three years are already parents to daughter Dusty Rose Levine, who was born on September 21, 2016. Dusty made her debut at Levine’s unveiling of his Hollywood star and pretty much stole the show with her cuteness.

Levine himself has yet to make an announcement on his social media accounts about the second pregnancy, but since The Voice kicks off next week, we’re sure he’ll give us more details!

Check out Prinsloo Levine’s pregnancy announcement below, and help us wish the happy couple a huge congratulations!

Watch him talk about being a dad in the clip below.