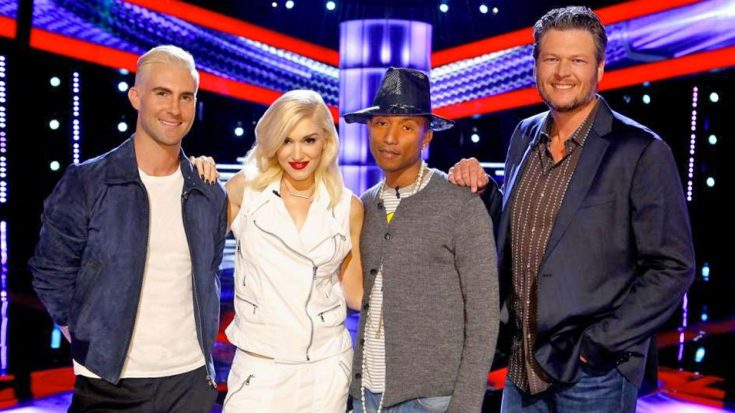 During the past 11 seasons of The Voice, we’ve seen many different coaches sit in the iconic red chairs.

It has been revealed that next season’s coaches will be Stefani, Keys, Levine and Shelton. Cyrus is tapped for Season 13 next fall.

A coach that we aren’t likely to see in a red chair anytime soon is singer-songwriter-rapper-producer Pharrell Williams, even though he was a coach for seasons 7-10.

Williams told PEOPLE about his shocking exit and why he isn’t in a rush to return to the singing competition show.

“I think they’re doing fine without me,” he said. “And I gotta work.”

While we’re sad we won’t be seeing Williams on The Voice, we’re excited that he has lots of new projects coming up, including a song with current Voice coach, Alicia Keys!

“We worked on a song called ‘Apple’ for [Hidden Figures] and it sounds amazing,” he said. The film stars Taraji P. Henson, Octavia Spencer, and Janelle Monáe, and follows African American women who calculated flight trajectories for Project Mercury and the 1969 Apollo 11 flight to the Moon.

Watch Williams and the rest of the Voice coaches perform “Have Yourself a Merry Little Christmas” from his first season on the show.