‘Voice’ Contestant Says ‘Music Should Never Be A Competition’ 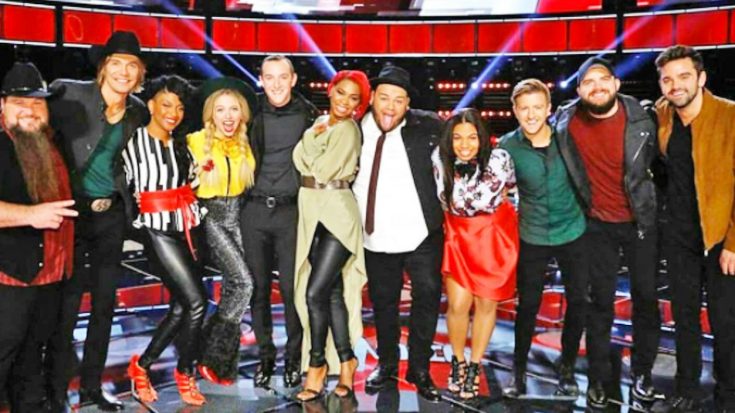 Currently battling it out to be named the Season Eleven champion of NBC’s The Voice, contestant Aaron Gibson reveals his surprising opinion about the nature of singing competitions.

In an Instagram post alongside coach Miley Cyrus and teammate Ali Caldwell, the LA based singer with a unique and powerful tone, admitted he thinks “music should never be a competition.”

I can't tell you what being on #teammiley means to me. Music should never be a competition, but if it is I wouldn't want to be standing next to anybody else than @iamalicaldwell and @mileycyrus! Just remember to always be true to yourself and nobody can ever stop you! #thevoice

“I can’t tell you what being on Team Miley means to me,” Gibson writes. “Music should never be a competition, but if it is I wouldn’t want to be standing next to anybody else.”

The contestant first took viewers by surprise following his blind audition to “Losing My Religion,” earning a three chair turn when he chose Cyrus as his coach over seasoned Voice veteran Blake Shelton. However, the two have developed a bond throughout the season and his continued success on the show has proved he made the right decision.

This past week, the contestant found himself in the bottom three before winning an instant save thanks to his captivating performance of Bob Dylan’s “Don’t Think Twice, It’s All Right.” Coach Cyrus became noticeably emotional, continuously wiping away tears throughout the performance.

So what do you think? Do you agree with him? Let us know in the comments after watching his moving performance of “Don’t Think Twice, It’s All Right” in the video below!