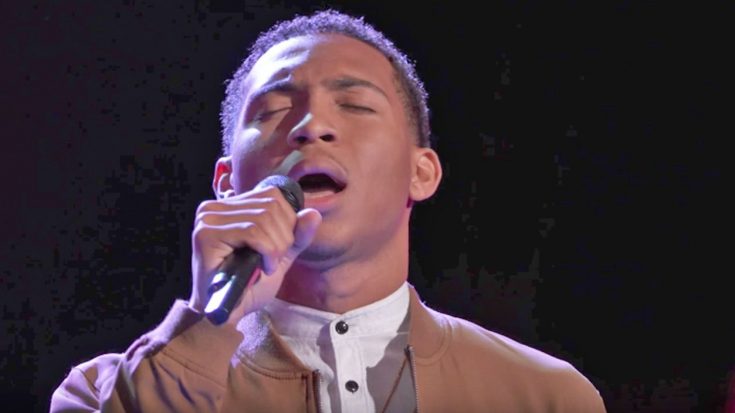 Blake Shelton, Miley Cyrus, Adam Levine, and Jennifer Hudson were back in their respective red spinning chairs for the Monday night (Oct. 10) airing of The Voice, the coaches bringing the heat more than ever to win over the final batch of contestants.

A 19-year-old contestant by the name of Brandon Brown earned an impressive three-chair turn following his silky-smooth delivery of Ray Charles‘ “Georgia on My Mind.” Coach Cyrus – the sole holdout – shared with the contestant the only reason he didn’t see her chair turn was because she didn’t feel she could teach him anything.

However, while Brown may not have earned a chair-turn from Cyrus, the three judges he did were not about to lose the night’s standout contestant without a fight. Each judge pulled out all the stops in attempt to sway Brown, Shelton doing his signature finger point and Hudson reminding everyone she not only has a Grammy but an Oscar as well.

After each coach made their desperate plea for the teenage contestant to join their team, it was time for Brown to make a decision. To the extreme shock of Hudson, Brown decided to join the ranks of Team Adam.

When he’s not wowing the Voice judges with his soulful vocals, Brown teaches violin in his hometown of New York City. Coincidentally, the young vocalist studied music at Harlem School of the Arts alongside Season 11 finalist We McDonald.

“I didn’t really want to play violin anymore but when I came to (Harlem School of the Arts),” says Brown on his school’s Meet the Artists page. “They showed me things that I could do with my violin that I hadn’t thought of before, a jazz style that I wasn’t accustomed to. It made me like playing violin again.”

You can watch the beginning of Brandon’s journey on The Voice below.