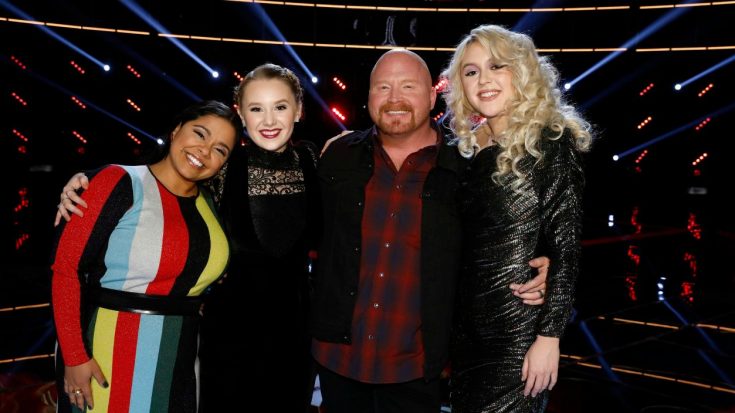 Another season of ‘The Voice’ has come to a close and a new winner has been crowned! The Season 13 winner was announced during a two-hour finale Tuesday night that featured special appearances by Vince Gill, Billy Idol, Kelly Clarkson, and former ‘Voice’ coach Pharrell.

The four finalists were competing for a record contract and some serious bragging rights. Blake Shelton had two contestants in the top 4 – Red Marlow and Chloe Kohanski. Adam Levine and Miley Cyrus each had one team member in the finals, Addison Agen and Brooke Simpson, respectively, leaving Team Jennifer Hudson empty handed as they wrapped up the competition this year.

Congratulations to Chloe and Blake!

Watch Chloe and Blake sing Roy Orbison’s “You Got It” during Monday night’s finale episode in the video below.